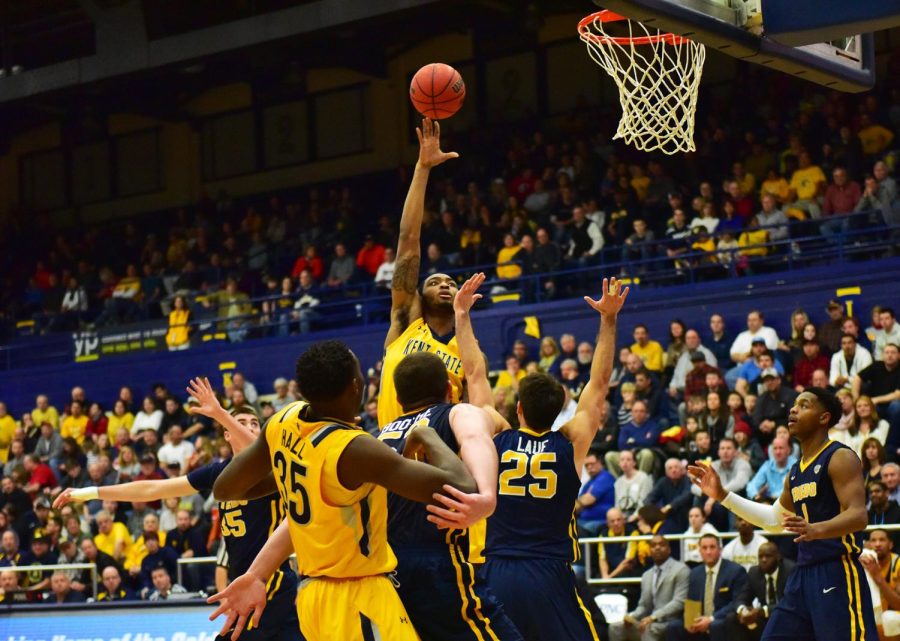 “It’s a disappointing loss,” coach Rob Senderoff said.  “Toledo played excellent in the second half. We’ve got to put it together. Tough loss”

Kent State trailed Toledo 31-26 as the Flashes headed into the second half. Toledo hit nine three-point shots in the second, shooting 82 percent from beyond the arc.

“I think they made their first seven threes in the second,” Senderoff said. “Some of that’s us and some of that’s great offense by them. We’ve got to figure out how to defend better. The past few games, defensively, it’s just not good enough.”

“I think I just came out aggressive,” Cancer said. “We have two of our top scorers out and coach has been telling us we need guys to step up, so I just had an aggressive mindset.”

The Flashes made three out of the four total free throws throughout the game.

“We need to move the basketball better,” Senderoff said. “We had 11 turnovers, which we’ve done in multiple games here now. We haven’t put together a full game here in the last three games.  Confidence in each other and trusting in our teammates is what we have to work on.”

Kent State is home again Tuesday as the Flashes look to take on Northern Illinois University with tip off set to begin at 7 p.m.