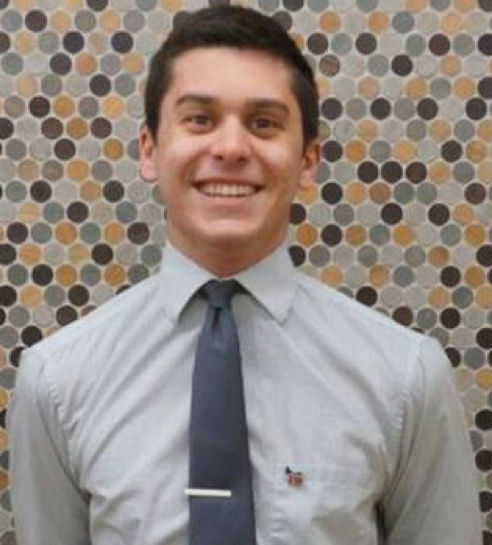 Brian DiPaolo is a senior history major with a minor in political science. He serves as the historian of the Kent State College Democrats and can be contacted at [email protected]

First of all, my condolences are offered on the recent passing of Supreme Court Justice Antonin Scalia. Although our political views on most issues don’t align, the death of any human-being — especially the death of any civil servant, regardless of how disagreeable their political opinion may be — is something that any person who claims to have some sense of humanity should not celebrate.

That being said, I for one am glad that the Supreme Court is rid of this conservative bulwark who proved time and again that he was both ignorant of racial problems in America, as well as insensitive to the LGBT community. Like I said earlier, mourn the man — not his policies.

This opens up a seat on the Supreme Court for President Barack Obama to appoint. It could potentially be his final legacy that he leaves as Chief Executive. He’s already becoming a lame duck president and has less than a year left in office.

But of course, the obstructionist Republican leadership in Congress is vowing to block any nominee that the president brings before them. Senate Majority Leader Mitch McConnell and his cronies would rather the American people endure almost an entire year of federal judicial proceedings with an incomplete Supreme Court.

I find it unacceptable that these hypocrites who claim to uphold and protect the Constitution contort it and warp it solely for their political gain. This disturbs me as a Democrat, but even more as an American. It is distressing that the literal death of a human being is even being used for political purposes.

No matter what political party you adhere to, if you adhere to one at all, all law-abiding Americans should be outraged to some extent that congressional leaders would even consider legally trampling over the highest binding document in the nation in a feeble attempt to sway the Court to their side.

It’s audacious that congressional Republicans are planning on waiting until the results of the November presidential election are announced to fill Scalia’s spot. In doing this, they are assuming that a Republican will win the White House in 2016 which—if you consider how weak and clownish their current candidates are—isn’t going to happen.

Either way, a Democrat is going to nominate the new Supreme Court justice and the Republicans should honestly let Obama do his constitutionally-given job, unless if the Republicans want to confirm a justice nominated by Hillary Clinton or (much to their chagrin) Bernie Sanders.

Might I add that, over the past century, 19 Supreme Court Justices were nominated and confirmed in election years—including Scalia himself in the midterm year of 1986.

Regardless of where you stand on the political spectrum, I think that we all can agree that the death of Justice Scalia and the subsequent scramble to replace him has thrown a monkey wrench into what is already turning out to be a very interesting year for American politics.

The views expressed here do not necessarily reflect the views of the College Democrats as an organization.