Women’s basketball to take on Akron 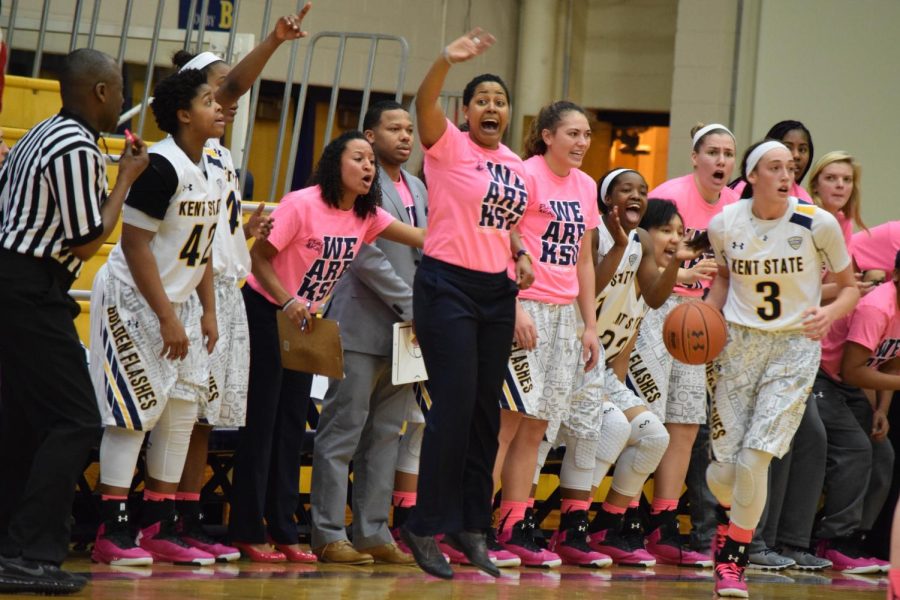 It’s that time of the year again: Battle of the Wagon Wheel. The Flashes will take the short trip over to Akron to compete against the Zips on Wednesday in their first match-up of the year. Kent State is 5-17; and 2-10 in the Mid-American Conference. The Flashes are coming off of their biggest win in five years as they upset Ball State University.

​In Kent State’s last four games against Akron, they have been giving up a league best 59.25 points per game. It hasn’t been a cakewalk, either, as the Flashes’ last four opponents have a combined record of 53-41.

​Akron is 7-3 at home and Kent State hasn’t had any luck on the road this year as all five of their wins have been at home.

​The Flashes are going to have their hands full on the defensive end as Akron’s senior Anita Brown is averaging 21.6 points per game and shooting just a little over 43 percent from the field.

Eric Pitcher is a sports reporter for The Kent Stater. Contact him at [email protected]