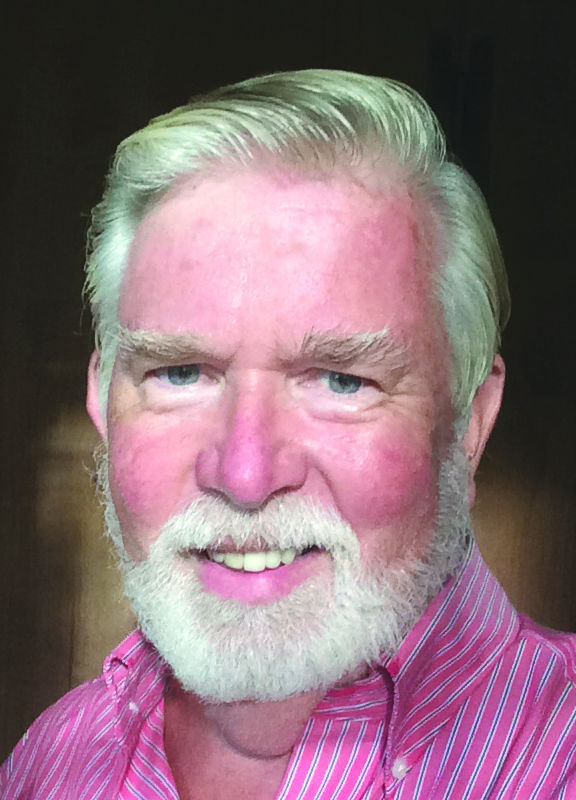 William G. Armstrong Jr., former editor of The Daily Kent Stater in the spring of 1970, shared his experiences writing for the newspaper in his newest book, “My ‘68: A College Reporter’s Memoir of a Turbulent Year.”

Armstrong said the best activities at Kent State included opportunities given to him through working for The Stater.

“As reporters then, just as now, we had the responsibility of accurately covering public events, looking behind the (scenes) and meeting virtually every prominent speaker who visited campus,” Armstrong said. “Coupled with this was an intense period of activism on American campuses, fueled by distaste for the war in Vietnam, the threat of being drafted and a global rise in students’ assertion of their social and political agendas.”

Serving on the Stater staff provided Armstrong the opportunity to be in-the-know, and to learn things before anyone else. It also gave him the opportunity and the edge to be competitive, quick and accurate, and to portray the events of the day as he saw them.

“It was a lively time to be enrolled in school, and Kent State offered lots of ways to make the learning process fun and exciting,” Armstrong said. “It was a beautiful campus full of stimulating people and ideas.”

Armstrong said social and political issues were part of his daily life while in college.

“As journalists, we received great training from the School of Journalism faculty and we had considerable confidence in ourselves and in the belief that we could do these jobs, as well as most of the big-league professionals,” Armstrong said. “We were entrusted with running a reliable, first-class, award-winning newspaper by ourselves, with very little faculty involvement.”

Armstrong said there was movement by students of the New Left – a group called Students for a Democratic Society (SDS) – who opposed the war in Vietnam and embraced any perceived cause that led to what they saw as social injustice or that they believed linked a university (including Kent State’s) to the defense establishment.

According to Armstrong, the group targeted institutions at Kent State that benefited from government funding, such as ROTC and the Liquid Crystal Institute (LCI).

“Ironically, today the LCI is one of Kent State’s most renowned resources and a centerpiece of applied and basic research,” Armstrong said.

Armstrong covered both the Rockefeller and Kennedy campaigns, as well as a political convention. During his time as editorial page editor for the Stater, he came up with the idea for a column called, “See How They Run.”

His goal with the column was to see as many appearances of the three major presidential candidates as he could. The were Richard Nixon, Hubert Humphrey and George Wallace.

“As a political science major and as a student who had been involved in a political campaign, I was a political junkie and wanted to observe how the process played out,” Armstrong said.

Armstrong met all three presidential candidates and had short interviews with each of them.

“The most intimate was a small group meeting in mid-September, 1968 with Nixon in Cleveland, in which about 25 local Ohio reporters sat in an informal discussion and listened to the candidate and got to ask him questions,” Armstrong said.

The biggest challenge as a political reporter involved trying to get credentials for Nixon’s late October, nine-city, whistle stop train tour through Ohio, he said.

“On the day before the train tour began, I took a bus from Kent to Cincinnati, where the journey was to begin, got a room in the same hotel as the national media were staying, and early the next morning did my best to blend in and act like I belonged with the national media. And it worked,” Armstrong said.

During his first five weeks as the editor of the Stater, Armstrong had a calm experience. On the night of April 30, 1970, though, everything began to change.

President Nixon had announced on TV American troops in Vietnam would cross the border into Cambodia to wipe out communist troops who had been impeding military supply lines.

“The enormous frustration that we felt as journalists—and that I still feel—was that we were never able to report on the most significant and important event of our lives,” Armstrong said. “Within two hours of the shooting on May 4, our campus was closed by court order, the dorms and buildings evacuated, and of course, our staff and readers and faculty were widely scattered. Sometimes in the years since I have mulled the possibility of re-assembling that same staff for the purpose of writing and reporting what we might have reported on May 5, 1970.”

Armstrong said one rule he would insist on, if he was given the chance to write a paper for the day after the May 4 shootings, would be that the staff could only write about what they knew about on May 4. In other words, nothing that transpired after the deadline could be written. He asked himself the question, “Could we do this? Would we have the discipline to produce an objective (and) accurate newspaper dated May 5?”

As for his new book, Armstrong said he wrote it partially as a personal memoir for himself because he loves doing what he did as a journalist in 1968-1969, and partly to share that era with today’s student journalists.

“These were exciting times,” Armstrong said. “A number of parallels exist between the issues we covered then and what student journalists are covering today. Issues such as racial unrest, income disparities, the impact of foreign wars and a contentious and potentially historic presidential election on the horizon. I lived through an exciting, turbulent and consequential time. In my view, there was no other year quite like 1968.”

After 47 years of thinking about writing the book, it took Armstrong three months to write. He was able to reconstruct events and place them in context with contemporary tools.

Margaret Garmon, a faculty member within the Communication Studies Department, worked with Armstrong on the Stater staff in the late 1960s. She described Armstrong as a very professional person from a journalistic standpoint.

“We were part of a group of students who covered events here at Kent State,” Garmon said. “I recall that Bill was always a solid presence who carefully and calmly weighed all options and choices, even under deadline.”

“He always got along with everyone…and was always reasoned,” Greenberg said. “I admired how he stood by his views while always being objective, impartial and ethical. His work as a journalist was always clear and clean.“

Armstrong said he thinks every reporter should cover a political election in their career and that student journalists should be emboldened to write about what they observe. Furthermore, he also said they should be prepared to offer, in separate opinion pieces, crucial analyses that put their reporting in context.

“One of my friends said recently that taking the bus to Cincinnati could serve as a metaphor for my life,” Armstrong said. “What he meant by that was that if you are determined to do something, assess the risks and are willing to take a chance, you can usually get what you want. Part of this involves acting the part and dressing the part. That’s how young reporters have to behave, and I believe it’s also a good model for other goals in one’s life. I’d do this all again in a heartbeat.”