Q & A with Ines Delpech 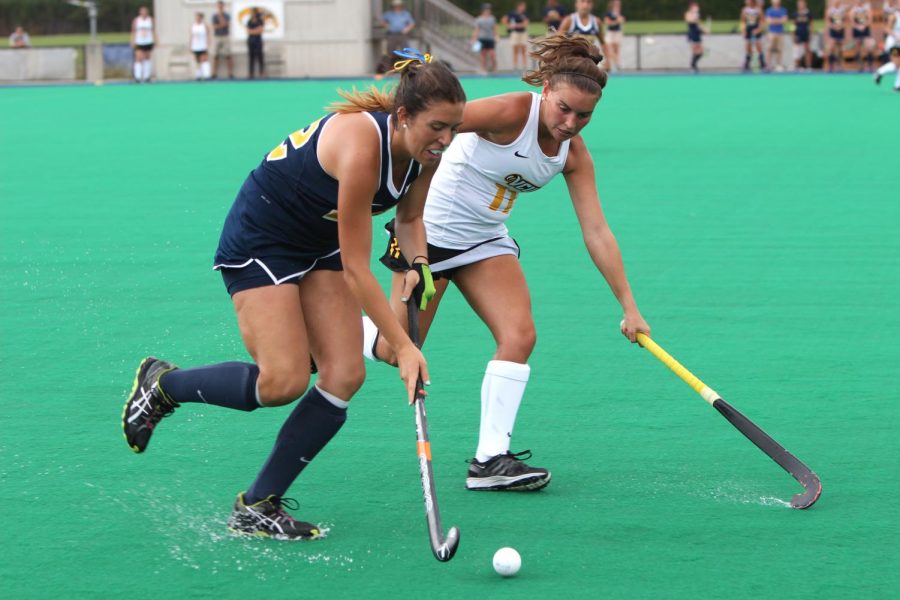 Delpech is one of 16 student athletes from the West Region that will be considered for the All-American honor.

This season, Delpech was awarded First Team All-MAC and All-Tournament Team and was only one of four athletes that had a 4.0 cumulative grade-point average on the Academic All-MAC Team.

How did you first get into field hockey?

I was eight years old when I first started playing. I don’t know how I got into field hockey specifically, but it was one of the sports offered by the club where my dad played rugby when he was younger, so that’s how it all started.

Who is your biggest influence?

My mom. Even though she didn’t play field hockey, she was an athlete, too and she always pushed me to practice when I was younger.

Why did you choose to come to Kent State?

“It was mainly the way my coaches recruited me.  I was in France when they started recruiting me. I had a lot of paperwork to do and a lot of stuff was going on. Larry Amar our assistant coach was very helpful. We talked a lot through all the emails and Skypes and I think it was him who influenced me the most.”

What is your major?

Describe how it feels to earn first-team all-region honors?

When I found out I didn’t really know what it was. I’m not very familiar with all the awards here, but I think it’s great. I am very happy with it. It’s good to be recognized for all my hard work. I was able to get the award because of all of my teammates because they were the ones that made me look good on the field.

According to kentstatesports.com, it says you were one of only four students on the Academic all-Mac team that had a 4.0 cumulative GPA. How do you balance school and sports so well?

Time management is key. I always try not to procrastinate and get everything done. It’s easy during the season because you don’t have a lot of time so you need to get your work done right away. Also, my professors are very helpful and we have a lot of resources like tutors. So it’s really a combination of everything, but for me it’s mainly time management.

What is your favorite moment from this past season?

Beating Miami in the MAC-tournament final.

What is your favorite pre-game meal?

I would have to say oatmeal.

Who is your favorite athlete of all-time?

How do you plan to spend some of your free time now that the season is over?

Right now, we are still conditioning and lifting as a team so it’s not completely over, but I’ll spend most of my time studying because I want to get good grades on my finals.

If you could come out at the start of a match to an entrance song, what would it be?

My house by Flo Rida.

If you won the lottery, what’s the first thing you would do?

I would get my family to come visit me here and see what my life is like here at Kent State. Then, I would probably donate some of it to the education programs back at home.

What are your plans after Kent State?

I want to go to grad school at home for education and then hopefully get a job at home or maybe get involved with politics. I also want to continue to play field hockey for as long as I can.