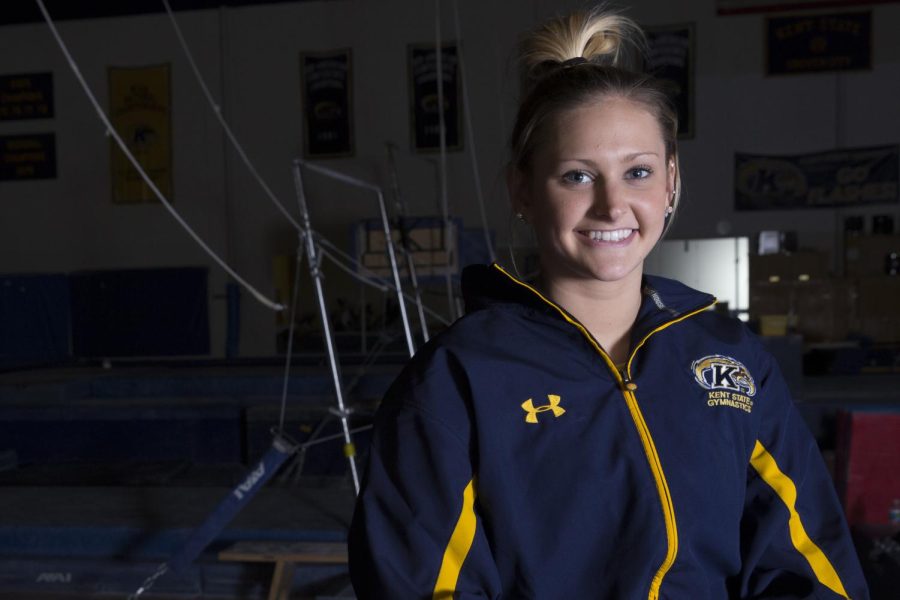 A quarter of a tenth of a point separated Kent State freshman gymnast Rachel Stypinski from UCLA’s fifth-year senior Samantha Peszek in the floor exercise at the 2015 NCAA Gymnastics Columbus Regional.

Peszek was seven years removed from winning a silver medal for the United States at the 2008 Summer Olympics in Beijing. Stypinski, now a sophomore, was just finishing up her freshman year in which she was eventually awarded MAC Specialist of the Year.

“It definitely was a goal of mine (to get to Regionals),” Stypinski said. “I didn’t expect it. I was just hoping that it would happen. I was working really hard at practice. During the season I didn’t have a great start. I wasn’t sure I was going to make it. But I knew that in the back of my head I really wanted to go, so I stepped it up.”

Stypinski, who also won MAC co-Freshman of the Year, was encouraged rather than shaken after tying for second place and is looking to do even better in her second year with the Flashes.