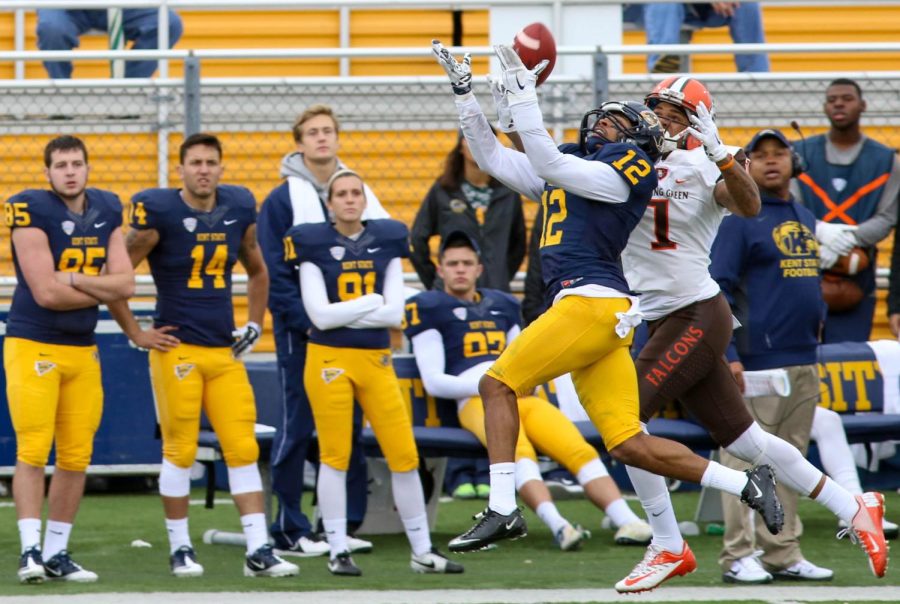 Junior corner Najee Murray goes for the interception against a BGSU receiver on Saturday, 24, 2015. BGSU’s receicer took the ball out of Murray’s hands and scored a touchdown to push BGSU’s lead to 31.

Kent State and Ohio are currently tied for first place in the MAC East standings.

The Flashes are looking to avenge last season opening loss to the Bobcats, 17-14. Senior kicker Josiah Yazdan nailed a 44-yard field goal as time expired to win the game.

The Bobcats come into the game ranked fifth in the MAC in passing offense and efficiency, like the Flashes, have a short turnaround from their previous game but with one extra day of preparation.

The Flashes played Thursday at Dix Stadium with a loss to the University of Buffalo 18-17.

The game will air on ESPNU with kickoff at 8pm.