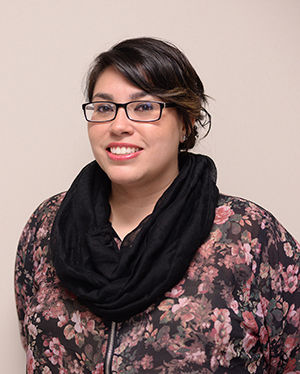 I know it’s tempting to dress up like La Calavera Catrina this weekend because it looks “cool” or is “spooky and edgy,” but I’m here to tell you to please close the tutorial on how to do “sugar skull makeup” and listen for a moment.

What you are doing is appropriating an image that you know nothing about. While I’m flattered you find a cultural element originating from Mexico so beautiful and interesting, it is also important for me that you understand just what it means in its context.

La Calavera Catrina is the human manifestation of the inanimate sculpted sugar skulls given away or used as ofrendas during the Dia de los Muertos celebration. She was made perhaps most famous by Mexican artist José Posada in a satirical print of a skeleton lady wearing a fancy European hat.

Dia de los Muertos coincides with the Catholic All Saints Day which falls on Nov. 1, but represents a mestizaje (mixing) of indigenous belief systems with that of European. Remember that under Spanish colonial rule, Christianity was enforced, which eventually led to a fusion (sometimes under great duress and violence) of two cultures.

However, the co-opting of La Calavera as a hip Halloween costume erases an entire context for such extravagant display. Various parts of southern Mexico take their festivities to the graveyards where altars are built and prayers are offered to the ancestors in the hope that it helps them in their journey to the great beyond. This celebration has its own manifestations in the United States as well as where many Mexican descended peoples who identify in a myriad of ways (Latino, Chicano, Mexican, Mexican-American) create their own versions, sometimes in part with a local Catholic church. Unlike a wake or funeral, the day is not about mourning and sadness, but rather is a day in which our deceased loved ones are celebrated with lively music, food, dance and of course, colorful outfits and painted faces.

The most iconic is the half-painted Calavera which, for me, visually represents the cycle of life and death and our unyielding connection with our ancestors.

Instead of culturally appropriating this year, I challenge you to familiarize yourself with the complicated and intertwined history of the United States and Mexico. Become informed about the development of the militarized border zone between Mexico and the United States (ask why there isn’t a same militarized zone from Canada to the United States). Listen to those actively in the fight for immigration justice.

Aya de Leon did a fabulous job last year explaining why Dia de los Muertos may resonate with those outside the Latin American community and I want to echo her words in that you cannot just cherry-pick the golden treasures of a culture one day of the year without being in solidarity with that community the other 364 days of the year.

Amanda Anastasia Paniagua is an opinion writer for The Kent Stater. Contact her at [email protected]