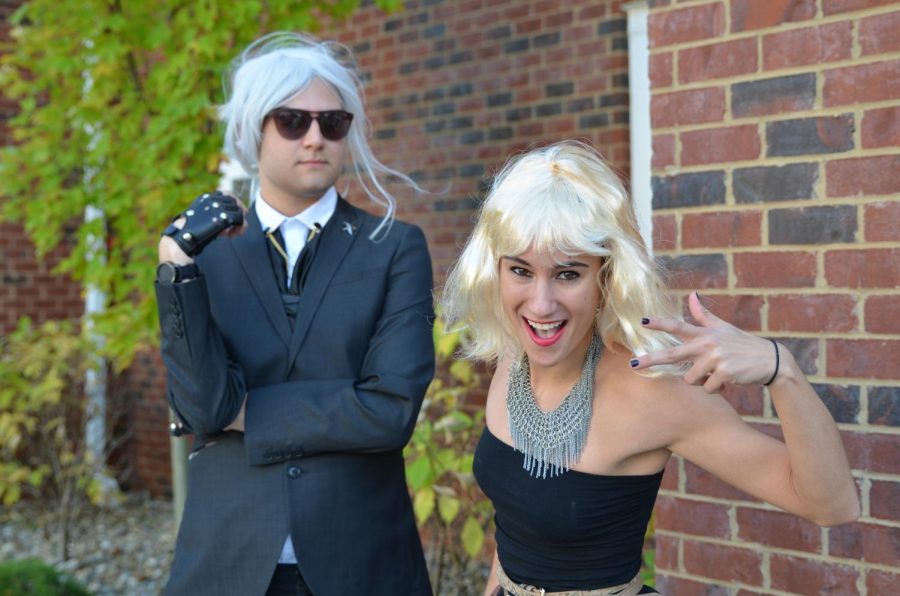 Evan Costello, junior fashion design major, is using Halloween as an opportunity to completely transform. Costello, who has a warm presence and a welcoming personality, will be channeling an icy, serious persona when he dresses up as Karl Lagerfeld, head designer and creative director for fashion house Chanel.

Last spring, Costello and his group of friends decided to dress up as famous fashion designers for Halloween. The other designers represented will be Betsey Johnson, Rachel Zoe, Alexander Wang and Zac Posen.

“I picked Zac Posen because he is one of my favorite designers, and it’s a goal and dream of mine to work for him one day,” Hopper said.

Costello predicts this year’s costume to be the best he’s ever made.

“I never really went all out with costumes before,” said Costello. “Last year, I dressed up as Bruce Jenner when he won the Olympics, which was a good one. But, this one will definitely be my favorite.”

However, transforming into the 82-year-old, white haired, ponytail-wearing German designer will not be an easy task. Costello describes his outfit having six parts, some of which he has to alter himself.

“I couldn’t find any light-grey wigs that looked like his hair, so I bought a woman’s wig and will have to cut it and shape it to resemble his hair,” said Costello.

Costello’s fashion design background will help him in his costume formation. He said he did feel fashion design majors have an advantage in costume making because they’re doing it year-round, and the holiday lends itself well to the design fashion industry.

“It’s cool because sometimes you have a good idea for something, but it isn’t in the store or you can’t find it anywhere on the market. So, you can make it instead,” said Costello.

A fashion design background doesn’t necessarily ensure a handmade Halloween costume. Costello said many fashion majors do not make costumes for Halloween because of all the design work they’re already doing for classes.

“It is hard to do another (costume) if you don’t need to,” said Costello. “For instance, if I hadn’t had this idea last spring, I probably wouldn’t be dressing up because I’m so stressed with schoolwork.”

“Sometimes I agree to make a costume for someone and I totally regret it because I have other projects I’m working on, and it can be time consuming,” said Lytz.

Nonetheless, fashion and Halloween have an overlapping quality, and being able to dress up as someone or something other than oneself is Costello’s favorite part of the holiday.

Felicia Guadagni is the fashion reporter for The Kent Stater. Contact her at [email protected]