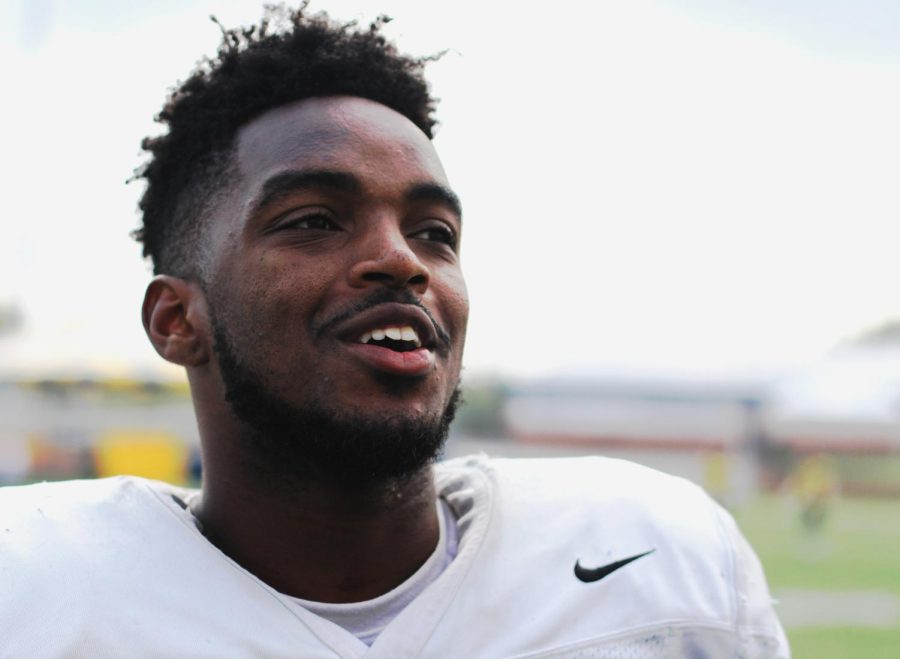 Kent State (2-3) enters the sixth week of the college football season at a crossroads.

Outside of a poor performance in the first game of the season (52-3 thumping at the hands of the University of Illinois), the Flashes have split its last four games and are coming off a momentum-swinging homecoming win versus Miami (OH) this past Saturday.

This week, Kent State plays MAC opponent, no. 24 Toledo, a tough test and worthy measuring point of the Flashes’ real capabilities; Can they put it all together?

While the offense is anything but consistent, Kent State boasts the nation’s sixth-best defense, allowing just 252-yards per game. The secondary is led by standout sophomore cornerback Demetrius Monday, whose five interceptions ties him for the most in college football.

Monday sat down with The Kent Stater to talk about his performance, the team’s play and more.

Q: You’re the current co-leader in interceptions in the NCAA right now. What are you doing differently this year?

A: We’re taking practice more seriously. (We’re) taking our preparation and the coaching more seriously, and really trying to take it to the field from practice.

Q: Is that something that you’d say applies to the whole defense this season?

A: Yes, you can definitely say that about us.

Q: Is it really just preparation that’s making the difference this year? You guys are ranked up towards the top there (Kent State’s defense is ranked sixth in the nation in overall defense). What’s changed within the unit this season? What other adjustments have been made?

A: More hunger. You can see that there’s a lot more hunger within the team and the defense. We really want it more (this season). Like I said, that always goes back to preparation and coaching. We see with the coaching, when we do it right, what we can get out of it. I guess (this season) we just want to do it more.

Q: You guys (players in the secondary) were just messing around over here before we got started — what’s the bond like with this unit? Are you guys a close group?

A: We’re a very close group, a very close group. And the defense all spends time together: watching film and just talking about other things, because when you meet somebody who is just like you, it’s easy to get along with them and communicate.

Q: All right. You’re from Georgia, right? How did you end up in Ohio? (Monday is originally from Douglasville, Georgia.)

A: Yes sir. Thank Coach Haynes. He came out and showed me that this is the best place to call home. He came in and talked to me. I just felt like he kept it real with me.

Q: What do you think about Toledo this weekend? How are you guys preparing for that?

Q: Going off of that, a few of the losses this year have been close. What’s that next step, how do you guys get over that hump?

A: I’m just going to keep trying to get better everyday and win the day.

Ian Flickinger is the sports editor for The Kent Stater. Contact him at [email protected]