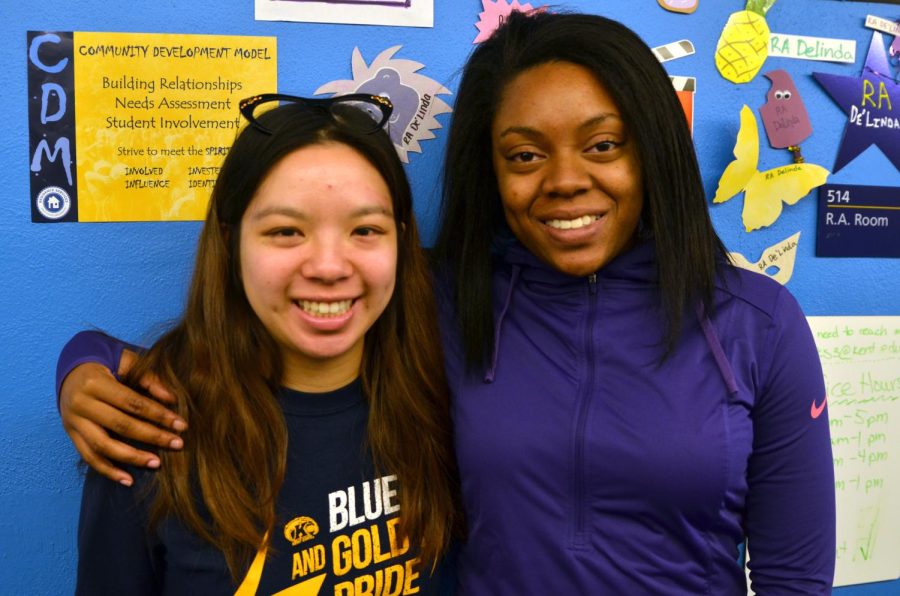 Residence Services is attempting to solve the issue of overcrowded residence halls by assigning roommates to Resident Assistants — who previously had a single room — for the second year in a row.

If an RA has to share their room with another person, they are getting paid double their usual stipend.

“The reason is because of the fact that we do not get the whole room to ourselves anymore,” said Corey Patterson, a first-year resident assistant in Centennial Hall B. “We get bigger paychecks to compensate for that.”

The number of RAs in residence halls has increased slightly this year, in correlation with the number of residents living in the halls.

“(There are) 148 RAs, which is four higher than last year,”  said Jill Church, director of residence services,.

Church said 125 RAs are assigned or have the potential to be assigned a roommate, which is nearly 84 percent of all RAs, an increase from last year.

This is a change that both RAs and their roommates have to adjust to.

“When he is on duty, it can get a little annoying because I have to stay up late or get woken up when he gets back,” said Brad Evans, a sophomore digital media production major. “A big difference is that he has community hours. He has to have the door open, but still, that does not affect me much.”

Another resident took his roommate’s duties a different way.

“Overall, it is pretty awesome rooming with an RA,” said Zac Bures, a freshman mathematics major. “You get to experience and appreciate what they do and how stressful their job can get. Most students on campus view the position as just getting a free room, but it comes with a lot of responsibility.”

Adjusting for RAs can be different, as they go through extensive training in order to be a role model, community leader, educator, administrator, helper and team member, according to KSU’s RA Employment Agreement. Their roles only get more complicated with a roommate added to the situation.

“It is a double-edged sword,” Patterson said. “It is nice having the bigger paychecks, but there are also times where it would be so much nicer having my own room. Being an RA is a lot of work, and I wish I had some time to be away from people and be by myself. Having a roommate hinders that.”

Ryan Landolph is the residence halls reporter for The Kent Stater. Contact him at [email protected]