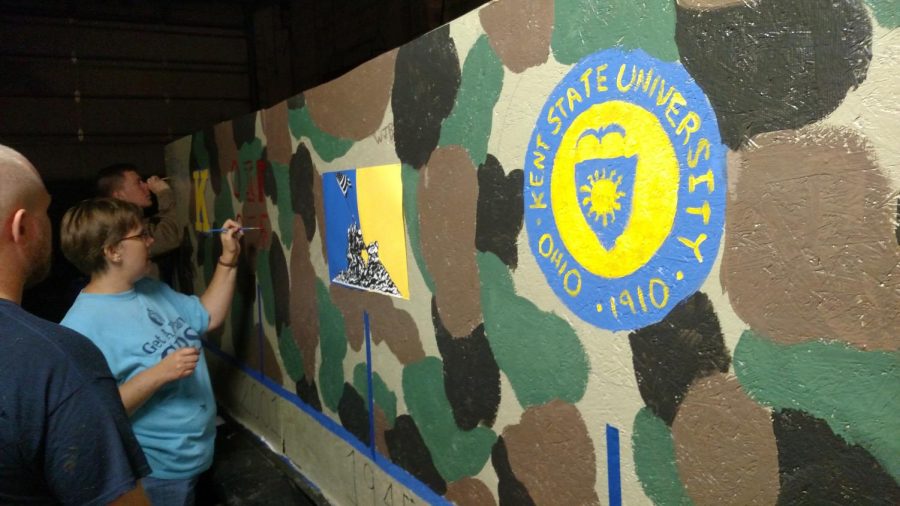 Each year the Veteran’s Club honors a different branch of service by building a float to display during the parade. In past years the club has built a tank, a boat and an airplane all to represent different branches of the military, according to Dawn Pugh, Veterans Club Advisor.

“The theme of old and new is a timeline painted along side the float,” said Ryan Lewand, Veterans Club President. “As usual we will have something rigged to dispense candy during the parade.”

A restored Korean War Era Jeep will pull the float down the parade route. The Jeep’s owner is Kent State photographer Bob Christy.

Lauren Phillips is the Military/Veterans reporter for The Kent Stater. Contact her at [email protected]