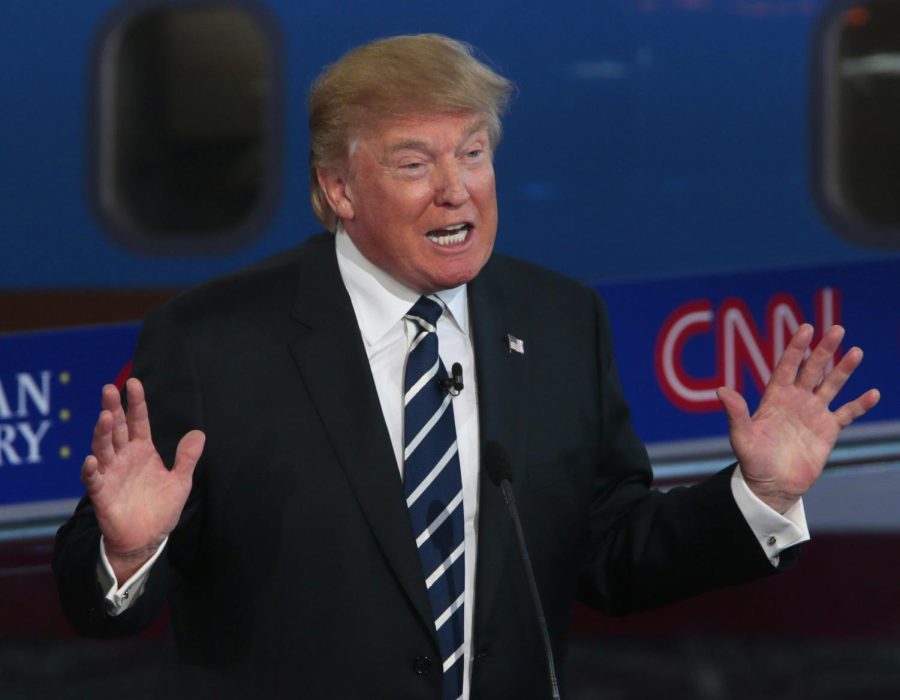 Republican presidential candidate Donald Trump on the debate stage at the Reagan Library in Simi Valley, Calif., on Wednesday, Sept. 16, 2015.

Saturday Night Live (SNL) is being criticized for inviting presidential candidate Donald Trump to host the show for Nov. 7.

Over the last few months, Trump has made several controversial statements about illegal immigrants and people from Mexico in general, causing these Hispanic groups’ outrage following the announcement of the presidential candidate on SNL.

“Allowing Trump to host SNL will legitimize and validate his anti-Latino comments,” the letter says.

In addition, a petition has been started on MoveOn.org to tell NBC to rid Trump as a host of SNL. The main message of the petition states, “No Room for Hate on Saturday Night Live.”  The petition has a goal of 150,000 signatures and has already almost reached 140,000.

R&B singer Miguel spoke out about Trump in an interview with New Musical Express (NME) saying that if he were asked to perform on the same episode, he would decline because he thinks that casting a vote for Trump would be “f—— ignorant.”

“I believe it will be good for the ratings, I’m sure that’s how they’re looking at it, too,” Miguel said. “But, you know, I think there’s also a responsibility that you have to have. And I don’t think ignorance deserves that kind of attention and, unfortunately, we live in a world where attention is the ultimate currency.”

This past June, NBCUniversal, which broadcasts SNL, decided not to air the Miss USA Pageant and the Miss Universe Pageant to cut business ties with the republican candidate, which pleased many Latino groups.

“At NBC, respect and dignity for all people are cornerstones of our values,” the company said to explain it’s decision in cutting the broadcasts.

Trump stated Monday that he is confident that Saturday Night Live will not “dump” him and continued by stating that SNL’s ratings will be “through the roof” the night he is hosting.

Alexandra Gray is the student politics/parties reporter for The Kent Stater. Contact her at [email protected]