Super Bowl 2021: Everything you need to know 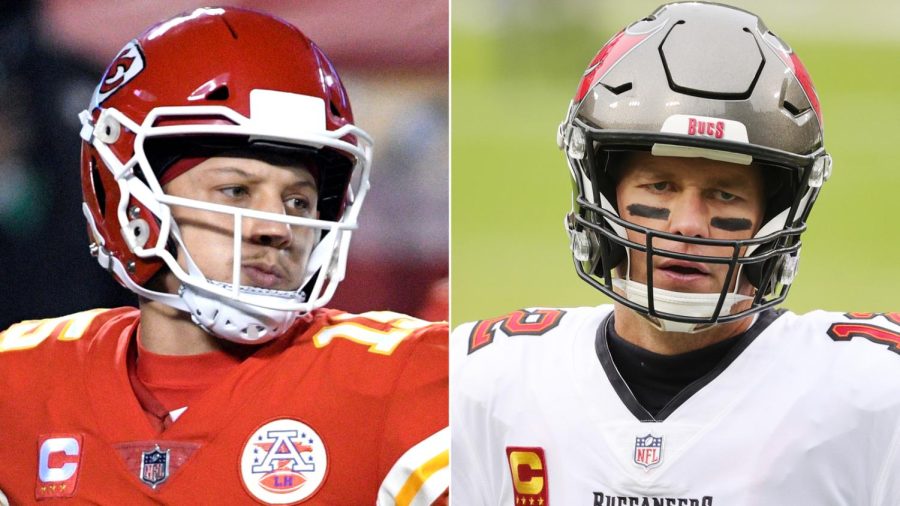 Patrick Mahomes will face off against Tom Brady in Super Bowl LV.

(CNN) — Fluff up your favorite recliner and get ready to drown the piercing shriek of reality in a warm bowl of nacho cheese: It’s Super Bowl time again! Yes, you cannot get rid of the Super Bowl. It’s scientifically impossible. When the world as we know it is reduced to ashes, all that’s left will be cockroaches and the Lombardi Trophy.

And Tom Brady, of course.

Here’s everything you need to know about this year’s game so you can immerse yourself in the momentary illusion that everything is fine and the only thing to worry about is what potato chip ad will pop up next.

What time is the Super Bowl and how can I watch it?

It will be broadcast live on CBS. You can also stream the game on CBSSports.com, the CBS Sports app, or other streaming devices like Amazon Fire TV, Roku, Hulu and any device that supports CBS All Access.

Where is the Super Bowl being played?

This year’s championship is being held in Tampa, Florida, at Raymond James Stadium, home of the Tampa Bay Buccaneers. The stadium is also known as “Ray Jay,” and sources tell us fans actually do call it that! We thought it would be like “Hotlanta,” where if you actually said it they’d laugh you out of the city.

What teams are playing in the Super Bowl?

The Tampa Bay Buccaneers will be playing the Kansas City Chiefs in a garish red-on-red matchup that’s sure to shave the top layer of your cornea clear off. If you have colorblind vision, this one may prove difficult. The game will be historic because it’s the first time a team will be playing in its home stadium for the Super Bowl. (Super Bowl host cities are decided years in advance and have nothing to do with the actual fate of the teams from a given season.)

Does the stadium have a boat in it?

It does! Well, technically it’s a ship. (Technically technically it’s a non-functioning replica attraction.) The pirate ship at Raymond James Stadium fires off cannons whenever the Buccaneers do a good job in the game. Of all of the Florida sports things, this feels like one of the Florida-iest. (Second to the beautifully deranged home run statue at Marlins Park in Miami, which was temporarily removed but returned to the outfield last year. Yes, the dinger fish is back!)

Don’t the Tampa Bay Rays have a tank full of actual rays in their baseball park? That also feels pretty Florida.

What players should I know about?

One of the big storylines this year will be of crabbed age and youth. They cannot play together. Youth is full of pleasance. Age is full of wheat grass and mindfulness incantations.

In the role of crabbed age, we have Tampa Bay quarterback Tom Brady, who is 43 (normal in human years, ancient in football years). Youth will be played by Patrick Mahomes, the 25-year-old quarterback of the Kansas City Chiefs. Mahomes is also the guy from the State Farm commercials, and Brady is the figure that looms at the foot of your bed whenever you have a night terror.

Wasn’t Tom Brady on the Patriots?

Funny story! Brady ended his historic run as Patriots QB last season, and then signed on with the Buccaneers. Oh, what a laugh we all had! Moving to Florida? Typical retiree behavior! It’s not that the Buccaneers were bad, per se, but they weren’t the Patriots.

But just like that, they’re headed to the Super Bowl, and their New England expatriate looks like he’s Benjamin Buttoning harder than ever. Who’s laughing now? Not Tom Brady. That would disrupt his chi. The only people laughing are the folks that operate those pirate ship cannons, and whoever thought up the unforgivable Bucs pun, “Tompa Bay.”

Are there any other players I should know about?

Don’t worry! Brady didn’t have to make the move to Florida alone. The Tampa Bay brass gifted him an Emotional Support Gronk. Rob Gronkowski, tight end and longtime New England teammate of Brady’s, came out of retirement specifically to don the red and pewter and take a shot at another championship with his buddy. Now THAT’s friendship.

Currently, Kansas City is favored by most books, but only by about three points — one measly field goal. So it’s bound to be a tight matchup. (Of course, once you say that, a blowout is all but ensured.)

What’s the deal with the Super Bowl halftime show?

The Weeknd will be headlining the halftime show, and there’s all kinds of speculation over what the vibe of the event will be. After all, the stadium will have only about 25,000 people in it thanks to the pandemic, and there probably won’t be any screaming and carrying on.

A PepsiCo marketing official promises the show will be “unlike anything we’ve seen on the halftime show before.” Will the Weeknd sit cross-legged and bust out an acoustic set? Will he do interpretive dance? Maybe it will be like a “Super Bowl Home Companion.” The anticipation is nearly unbearable.

How about the ads?

Go ahead, take a look!

OK, who should I root for?

Football fans are definitely looking forward to this matchup. Young buck against old Buc! Super Bowl Champion against, well, Super Bowl Champion! There’s really no way to lose. That’s another fun fact to ruminate on: This Super Bowl pits the last two Super Bowl Champions together. So no matter who wins, the victor will be racking up multiple rings, and the loser can go hug their most recent Lombardi Trophy for comfort.

Correction: A previous version of this story misstated the company for which Patrick Mahomes is a spokesperson. It is State Farm.