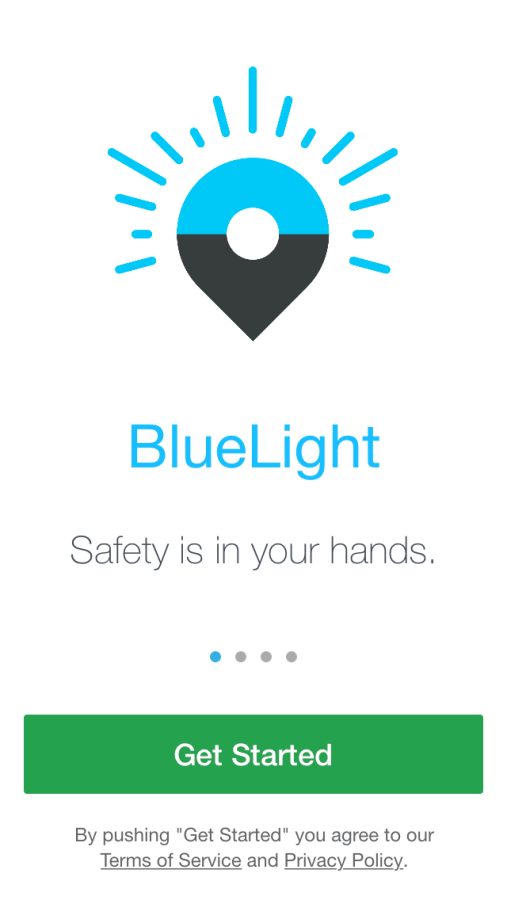 BlueLight, the safety app created in California for smartphones, recently underwent updates to quicken ways of receiving help from responders with just the touch of a finger.

In a recent survey conducted by BlueLight and its telecom partner, Bandwidth, it was revealed that 80 percent of college women reported sending “home safe” texts to friends and family.

Though college students are the main users, the app also benefits people with chronic illnesses, seniors and city dwellers.

“Our services provide a lifeline to the closest emergency help, which is faster than just dialing 911 from a cell phone,” said Cecilia Marshall, a marketing intern for BlueLight.

The two main features of the app include On My Way, a tracking system to let others know where you are and when you will arrive at your destination,  and the Request Help function, which directs the user to the appropriate responders.

“On the app side, we are constantly improving the design and ease of use,” said Lauren Wilbanks, director of communications for BlueLight. “For instance, making it easy to start frequently used On My Way trips, including destination and followers.”

Along with the in-app updates, BlueLight also improved routes and responders.

“While most people only interact with the app itself, the real magic of BlueLight happens behind the scenes,” Wilbanks said. “Over time, we’ve increased our network of responders, joined forces with major telecom partners, improved our routing efficiency and revolutionized the way smartphones can connect to 911 dispatch.”

When the app first released the On My Way feature, it allowed users to send their whereabouts to five people. Users now can register up to 20 addresses to the 911 databases, thanks to its new BlueLight Places feature.

Kent State Students should have the feeling of constant safety no matter where they are and no matter what time of day it is, Marshall said.

“Students should have this app because it not only relieves anxiety about lack of safety on campuses, but it also allows friends and family to know that the student who walks home from the library or from another dorm back to their own room is safe and sound,” Marshall said.

The app gives a reassuring feeling to users by having access to help with a push of a button, she said.

“I think it’s just a comfort thing. Students like being able to have the power to make themselves kind of feel empowered with just the touch of your finger tip,” said Anhelica Rodriguez, a junior fashion merchandising major and student ambassador of the BlueLight app at Kent State. “It’s like having that kind of backup comfort of knowing that I can get help if I need it.”

The app comes with a 30-day free trial. After that, it requires a yearly subscription of $9.99 for students.

“Your safety is at the upmost importance, and you should out that as a top priority,” Rodriguez said.

Learn more about BlueLight at getbluelight.com.

Dana Miller is a safety and transportation beat reporter for The Kent Stater. Contact her at [email protected]