About 1 in 10 Americans have gotten at least their first Covid-19 shot. But supply challenges remain 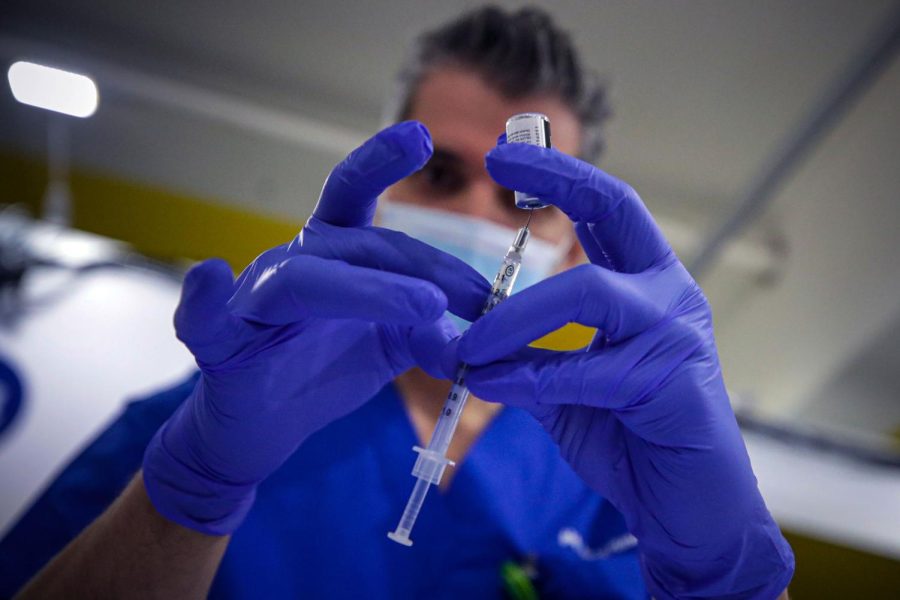 (CNN) — About one in 10 Americans — nearly 32.9 million people — have so far received at least a first dose of the two-part Covid-19 vaccines, data from the US Centers for Disease Control and Prevention show, and about 9.8 million people have been fully vaccinated.

And while US and state leaders are optimistic vaccinations will ramp up further in the coming months, several challenges remain, including supply shortages and equitable access. Those challenges come as public health experts say the US is in a race against time as Covid-19 variants are spreading across the country.

“We’re in a situation, and we will be for a little while, of undersupply,” said Andy Slavitt, senior White House adviser for Covid-19 response.

In Delaware, officials announced Tuesday the state was no longer expecting to open another phase of vaccine eligibility on March 1 as was planned due to an “extremely limited supply” of vaccines. In Kentucky, Gov. Andy Beshear said the state will receive more doses from the federal government and added, “it’s not enough, but it’s great.”

But there is good news on the vaccine front: The Biden administration said Tuesday it was boosting weekly vaccine supply going to states, tribes and territories to 11 million doses, adding it was continuing to work with manufacturers to increase vaccine supply.

And more leaders say they’re working to address disparities in who’s getting a vaccine. Next week, the administration will begin sending some of the Covid-19 supply directly to community health centers as part of an effort to reach underserved areas, White House Covid-19 response coordinator Jeff Zients said Tuesday.

North Carolina officials said they’re working to allocate more vaccine doses to those communities and will have more vaccine events targeting the underserved, Black and Latinx populations. According to the state’s vaccine dashboard, since vaccinations began, 79% of those who have received their first dose in the state are White, nearly 14% are Black, 2% Asian and 2% Hispanic.

Walmart among stores that will offer vaccine

Several thousand retail pharmacies will also begin administering vaccines as part of a federal program, with Walmart, CVS and Walgreens saying vaccinations will kick off Friday in participating stores.

More than 1,000 Walmart and Sam’s Club pharmacies in 22 states will begin administering the vaccine as part of the Federal Retail Pharmacy Program, according to Walmart. It’s unclear how many doses will be available.

The company said Tuesday it had worked with the CDC to identify pharmacy locations according to factors such as population density and infection rates, and also looked at locations in medically underserved areas.

Walmart and Sam’s Club pharmacies are already vaccinating in 11 states under state allocations, according to the company’s news release.

The Biden administration announced last week the federal government will begin direct shipments of coronavirus vaccines to retail pharmacies starting Thursday, with a total of 1 million doses going to about 6,500 stores before eventually expanding.

CVS and Walgreens have said they will get around 420,000 doses of the 1 million doses available.

82% of educators not vaccinated, survey finds

Amid nationwide conversations on the steps needed for safe school school reopenings, the country’s largest teachers’ union released a survey showing about 82% of educators it represents have not yet received a vaccine.

Teachers have protested and voiced concerns about returning to the classroom after losing colleagues to the virus. But according to a CNN analysis, teachers are not currently being prioritized for vaccination in 24 states.

After polling more than 3,300 of its members, the association found about 70% said they would feel safer about returning to in-person learning if they were vaccinated. About 64% said they are currently working in school buildings all or part of the time.

Perception of Covid-19 risk is lowest in months

The US is in no way out of the woods yet. The country has recorded more than 27 million Covid-19 cases since the pandemic’s start — far more than any other country in the world — and now variants are complicating the outlook, and concerning experts.

CDC data updated on Tuesday shows more than 940 cases of Covid-19 variants first spotted in the UK, South Africa and Brazil have been reported in the US — with the vast majority of those being the highly contagious variant known as B.1.1.7, originally detected in the UK.

That number is concerning enough. But the CDC says it likely does not represent the total number of the variant cases — just those that have been found by analyzing Covid-19 positive samples.

These variants are why experts caution that now is not the time for the nation to let down its guard.

“We’re … seeing what happens in other countries when these variants take over,” emergency physician Dr. Leana Wen told CNN earlier this week. “There is (an) explosive surge, even when the countries are basically in shutdown.”

Despite the dangers, Americans’ perception of risk is the lowest it’s been in months, according to a new Axios-Ipsos poll. About 66% of people surveyed reported they thought there was a moderate or large risk in returning to pre-pandemic life. The last time that number was so low was in October.

In reality, now that variants are circulating, even everyday activities like grocery shopping could be more dangerous, Wen has previously cautioned.

This could be why we may need vaccines annually

Covid-19 variants could also be the reason why vaccines for the virus may become an annual necessity for years to come.

“Unfortunately, as (the virus) spreads it can also mutate,” Johnson & Johnson Chairman and CEO Alex Gorsky, told CNBC on Tuesday.

“Every time it mutates, it’s almost like another click of the dial so to speak where we can see another variant, another mutation that can have an impact on its ability to fend of antibodies or to have a different kind of response not only to a therapeutic but also to a vaccine.”

Johnson & Johnson asked the Food and Drug Administration for an emergency use authorization of its vaccine last week — and a green light for the company could further boost vaccination doses available across the US.

Unlike the two vaccines already authorized in the US, which require two shots, the Johnson & Johnson vaccine is only a single dose.

Its Covid-19 vaccine was shown to be 66% effective in preventing moderate and severe disease in a global Phase 3 trial, according to the company. The vaccine is 85% effective overall at preventing hospitalization and 100% at preventing death in all regions where it was tested.