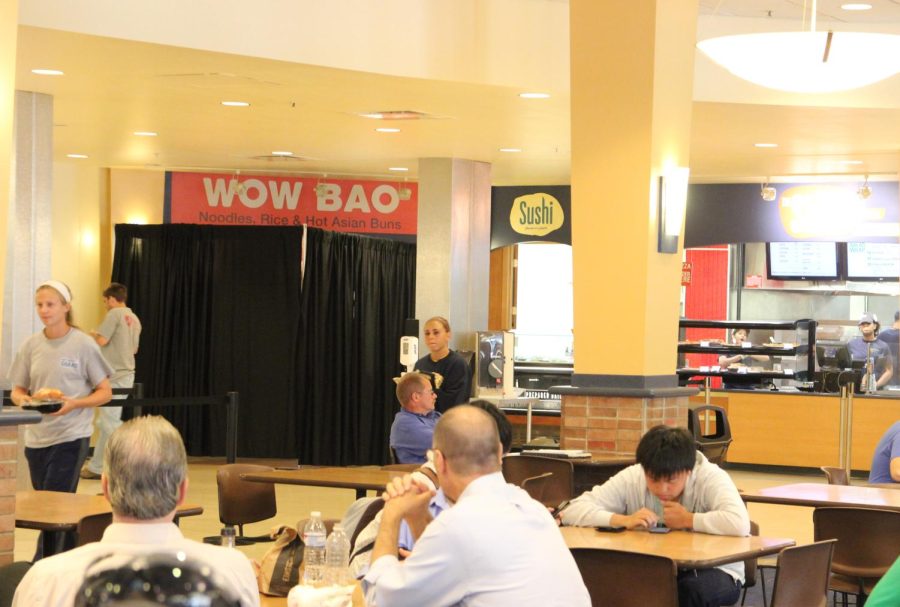 Wow Bao will be the newest eatery in the Student Center’s HUB this fall, replacing Nathan’s Famous Hot Dogs and Arthur Treacher’s.

“I think it’s going to take a little while because of people not knowing what bao is,” said Deborah White, general manager of Dining Services. “But once they get it, once they eat it, it’s going to go like crazy.”

The decision to remove Nathan’s and Arthur Treacher’s was made because the student demand for these locations decreased, said Toni Hunt, marketing associate of Dining Services.

White said Wow Bao is very popular is Chicago. Kent State is one of only two universities in the nation to have Wow Bao on its campus; the other is the University of Vermont.

When looking into what food to bring to campus, Dining Services works hard to serve what is popular with students, said Richard Roldan, resident district manager of Dining Services.

“We look at the trends and what’s trending nationally,” he said. “Then we do surveys twice a year with the students.”

Dining Services also has a panel of students that gives their opinion and taste tests food. Roldan said the top three restaurant choices from students were Mexican, Asian and Italian.

Junior communication studies major George McClellan said he is excited to see the Asian restaurant introduced in the HUB.

“I had Wow Bao in Chicago when I visited, and it was really good, so I’m excited,” McClellan said. “It was surprisingly authentic, I would say. It was a good American twist on it, but it really stuck to the core beliefs of Asian cuisine.”

McClellan said students might be reluctant to try Wow Bao, but he said once they do, they will enjoy it.

“I don’t know how many students will go out of their comfort zone to try it,” McClellan said. “I think there will be some hesitancy. But if the food is as good as the Chicago brands, I feel like word will spread fast.”

“Jump has had its day and its popularity,” Roldan said. “I think it’s not keeping up with the trends, so that’s why we’re looking to change that.”