Ceramics building torn down to move arts programs under one roof 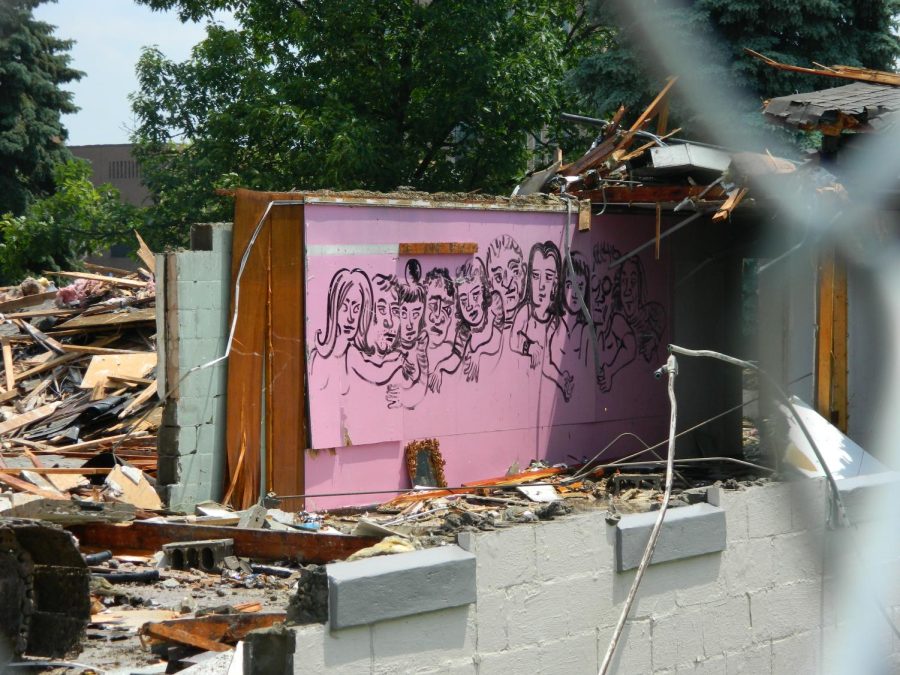 The Kent State Ceramics Studio was torn down so all of the arts programs can be housed under one roof in the Center for Visuals Arts, which will be completed in spring 2016.

The Kent State Ceramics Studio was torn down earlier this week, which will move the ceramics program into the Center for the Visual Arts.

The center, which is currently under construction, will bring all of Kent State’s art programs together under one roof.

“Part of the larger Center for the Visual Arts project is combining the art programs that are scattered across campus into one facility,” said University Architect Michael Bruder. “They were in six buildings in different locations on campus, and getting them all into one building is really a positive thing for the faculty and students to be able to interact.”

The $33.5 million Center for the Visual Arts, scheduled to be complete in spring 2016, will be located in Van Deusen Hall and the Art Annex (former Heating Plant).

Ceramics students said they feel as if they have lost their home on campus.

“We knew it was going to happen at some point, but we didn’t know it was going (to) affect us directly,” senior ceramics major Tiffany Meade said. “We knew the university was expanding, and they were putting in this great new facility, but we didn’t realize how quickly that was all going to take place.”

Meade started a petition to try and stop the building from being torn down, but it never reached enough signatures to be presented to stop the demolition.

“There is a very close bond between art students where we become more of a family than a class,” Meade said. “I think a lot of that is attributed to the amount of time we spend working and creating together in that environment on a daily basis.”

Meade said the ceramics building had a wood fire kiln that makes different finishes on ceramic artwork that electric kilns cannot do. Bruder said they will not be replacing the wood fire kiln because it is a potential fire hazard.

She said the building was a home away from home for students.

“Walking into the ceramics lab was a very comforting thing,” Haft said. “It felt like walking into a sanctuary, a home full of family members.”