Opinion: Not lovin’ it: McExploitation and the minimum wage 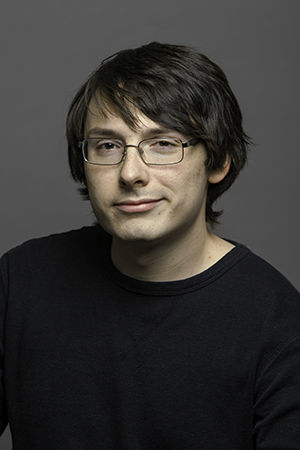 John Hess is a senior political science major. Contact him at [email protected]

Wal-Mart workers and their families were pleasantly surprised earlier this year when the corporation announced a plan to raise wages to $10 an hour by April of next year. This news was followed by similar announcements from several other companies, most notably McDonald’s.

These raises may seem like a gift from benevolent employers looking to share their success. Despite the feel-good appeal of this idea, it’s not quite so simple. Wal-Mart, McDonald’s and other low-wage employers are simply responding to economic and political forces, which may yet lead to further concessions.

As one of the most notorious exploiters of wage labor in the U.S., Wal-Mart has been under pressure for many years to increase worker pay and end unfair labor practices. Campaigns like Organizing United for Respect at Wal-Mart (OUR Wal-Mart) and the Fight for $15 has taken aim at the corporate behemoth as key target in combatting low wages. At the same time, Wal-Mart’s high-demand scheduling system has left many stations consistently unmanned, leading to poor customer service and sub-optimal sales. The wage increase and accompanying scheduling reform are intended to improve worker availability and retention to boost profits. The announcement can thus be seen as an attempt by Wal-Mart to pacify workers demanding better pay and conditions while also increasing profits.

Last week, McDonald’s announced its own plans to increase wages to $1 per hour over the local minimum and provide limited additional benefits. The caveat, however, was that this generosity would only be extended to workers at McDonald’s-owned restaurants — a tiny minority of all workers. Despite the recent National Labor Relations Board ruling that McDonald’s qualifies as a joint employer in its franchises, the company insists that it is incapable of affecting the payment policies of its franchisees. This leaves nearly 90 percent of McDonald’s workers completely unaffected by this change. This is obviously a PR move by the originator of the McJob to improve its terrible public image.

The jobs created since the last recession have been disproportionately low-wage positions. While recovery in middle and high-income jobs has been slower, remaining below pre-recession levels, low-wage jobs have exploded. About 22 percent of all jobs lost during the recession were low-wage, but 44 percent of those created since then have been low wage. This means that there are now two million more low-wage jobs than there were before the recession.

As we rebuild the economy in the recession’s aftermath, we need to be conscious of just what it is that we’re creating. The new post-recession order is one of low pay, poor job security and ever-growing inequality. Workers are increasingly and rightfully resisting this transformation.

As part of this resistance, the Fight for $15 campaign is pushing for a $15 per-hour minimum wage and a union for all low-wage workers. The movement has exploded from a few hundred New York fast food workers in 2012 to an international movement spanning 33 countries and six continents. The next step in this campaign will take place later this month on April 15. Workers and their allies will be meeting at 4 p.m. on the Tri-C campus. I would like to invite you to join the action and take part.

If you are interested in getting involved or have any questions, please email me.