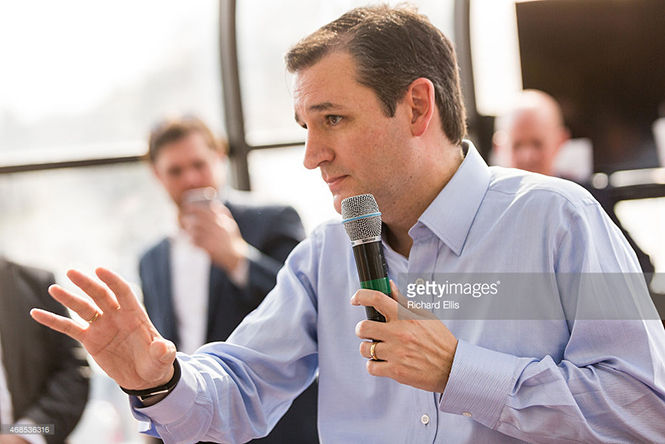 Ted Cruz (R-Tx) declared his candidacy for the 2016 U.S. presidential election on March 23, and the announcement made the Texas Senator the first Republican candidate to announce his bid for the White House.

Since then, several members of Kent State’s College Republicans have discussed their thoughts on Cruz and what they are looking for in the Republican nominee come November 2016.

“Cruz is the first of many potential candidates, and he appeals to a certain type of Republican,” said Christian Pancake, the president of College Republicans and sophomore political science major. “He’s definitely more of a polarizing candidate, but he’s a very vocal guy who’s not afraid to say what he thinks, and I respect him for it.”

“He’s very avid about his beliefs, and he’s not afraid to go up against establishment Republicans and establishment Democrats and also to face the mainstream media’s view on him,” Kozikowski said.

Neither Pancake nor Kozikowski is fully ready to back Cruz as the 2016 Republican nominee as both will wait and see who else decides to campaign.

Also College Republicans as a whole isn’t ready to fully endorse Cruz in the very early stages of the campaign.

“It’s really a mixed bag as far as our organization and the different beliefs within it,” Pancake said. “There are members who may be more libertarian or more moderate, and while a couple members support Cruz, no one is fully standing behind him yet.”

With the general election over a year and a half away, Cruz is the first of many Republicans who will campaign for presidency. He will more than likely face stiff competition with possible candidates such as Wisconsin Gov. Scott Walker, Florida Sen. Marco Rubio and Kentucky Sen. Rand Paul.

Regardless of the eventual nominee, Pancake said that he would like to see the nominee address “some of the glaring issues overseas with Iran and Israel, as well as take an approach to the economy much like Gov. John Kasich has in Ohio.”

Kozikowski said a nominee “needs to be someone who can build a large coalition across the spectrum and get the minority and youth vote the Republican Party has lacked.

“I’m eager to see a lot of the big name Republicans throw their hats into the ring, and Republicans will have a lot of good candidates to choose from,” Kozikowski said.