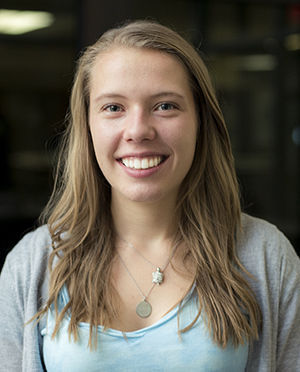 Carley Hull is a senior news major. Contact her at [email protected]

The frenzy of preparing for the presidential election isn’t only upon hopeful politicians, but the rest of us too. Uncomfortable debates are soon going to ensue and friendships between those of opposite political opinions will go on hiatus. It’s also time for some of the best comedy.

“Saturday Night Live” kicked us off with some hilarious Hillary Clinton sketches featuring cast member Kate McKinnon as Clinton. “SNL” political sketches are dripping with satire and are staples for remembering the littlest mannerisms of politicians. What would Hillary Clinton be like shooting a promotion on her Blackberry? Crazy-eyed and overeager, perhaps? “SNL” has you covered.

But this year, the White House Correspondents’ Dinner helped set the bar for 2016 election comedy and gave us a glimpse of the political comedy to come. On Saturday one of my favorite “SNL” cast members Cecily Strong hosted the House Correspondents’ Dinner in Washington, D.C., and used humor to hold politicians, policies and the media accountable.

When addressing the Secret Service, Strong weaved in police brutality saying, “They’re the only law enforcement agency in the country that will get in trouble if a black man gets shot.”

Distasteful to some, but fairly accurate in regards to past events in Ferguson, Missouri, and extremely relevant with a South Carolina police officer being charged with murder — justice we don’t often see.

Journalists weren’t safe either when Strong issued a pledge for the coming election coverage: “I solemnly swear not to talk about Hillary’s appearance because that is not journalism.” The media won’t listen, but it was worth a shot.

While those who don’t appreciate the biting and often dry humor of “SNL” most likely hated the dinner, I think it is an important event, not only to get a good laugh, but it makes politicians seem more human by poking fun at them.

Keegan-Michael Key of Comedy Central’s “Key & Peele” was the best of the night when he stopped in to be President Barack Obama’s anger translator, Luther (a recurring character in Key and Jordan Peele’s comedy sketches). Luther’s anger expresses Obama’s frustrations on issues like CNN’s Ebola coverage and election donations before the Obama himself comes unhinged over climate change. It was perfect when Luther said, ”You don’t need an anger translator; you need counseling.”

We often forget Obama is a real person under the nice suit and his job title. The dinner was a great way to expose that side of him through comedy, and I look forward to seeing what comedians will have for us as the 2016 election nears.