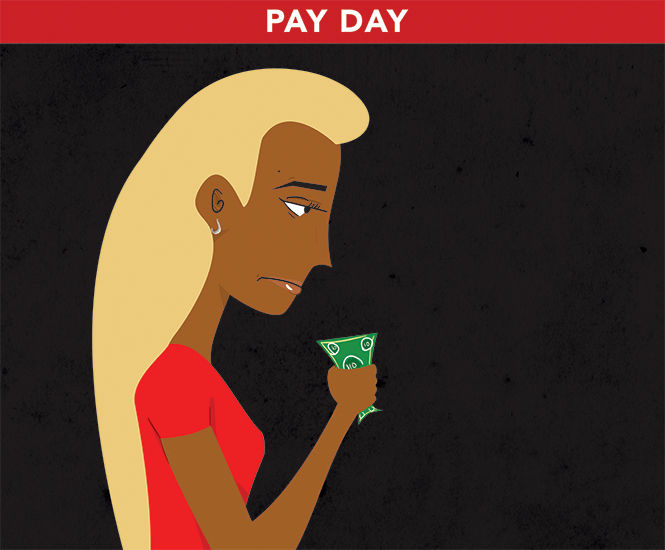 With March being Women’s History Month, Kent State women faculty members shared their personal research and opinions on the economic standpoint of being a woman in today’s society. Including how much they’re paid.

According to a study conducted by the Pew Research Center in 2012, the wage gap between men and women has narrowed but continues to be a problem.

Susan Iverson, an associate professor of Higher Education Administration and Student Personnel, has conducted research in multiple areas including women in higher education and gender images in leadership.

Women’s pay for every dollar a man earns  | Create infographics

She said the wage gap continues today even with the passing of the Equal Pay Act in 1963.

“That’s our ground point for measuring what the gap is,” Iverson said. “If we have this legislation that says we should not have differences in pay and we continue to have it, that’s a discouraging reality.”

Suzanne Holt, the director of the Department of Women’s Studies, said that women have come a long way economically, but there is still much more that could be done to decrease the wage gap.

“We talk about it as this great unfinished race and I think in some ways that’s probably the greatest advance that women have made is the ability to have a degree of independence in their lives and a degree of self sufficiency,” Holt said.

Holt believes that there is a deeper meaning to the wage gap because of cultural values that have been taught and how society is reluctant to examine them.

At the university level, there are many factors that go into determining an employee’s salary. Kathryn Wilson, a professor of economics, has conducted multiple research projects that look into these findings.

“The biggest source of variation was in what college you are in within the university,” Wilson said. “For example, the faculty in the College of Business Administration tend to have higher salaries than faculty in other colleges.”

The College of Business Administration pays faculty the highest while the College of Communication and Information is the lowest, Wilson said.

Other factors included are the amount of years they have been teaching, their rank, and the level of degree they have, whether it be an associate degree or a master’s, can determine what their salary is, Wilson said.

April 14th will mark Equal Pay Day, a date each year that symbolizes how far into the new year a woman would have to work to make up for the salary a man made the previous year. Until then, women across the country will keep fighting to close the pay gap between men and women entirely.