Opinion: discrimination and racism on campus and in society 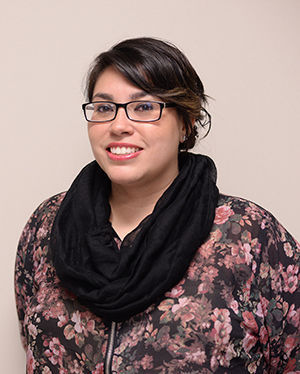 Black History Month may have come to an end, but contemporary living history of racial experience, including discrimination, continues on the macro and micro levels of society.

Take for example Giuliana Rancic’s offensive comments about actress and singer Zendaya Coleman. Many of Rancic’s colleagues felt she should be fired and this discussion sparked a recent debate between a cousin and I.

While I maintained the opinion that Ranic’s comments were absolutely racist, my cousin maintained that they were not, claiming that it was intended to refer to a broader range of people and was not specific to race.

This naturally had me wondering how students felt about these kind of public moments in which the question of what is and is not racist is at odds.

I sat down with Emonte Wimbush and Emanuel Jackson, both freshmen fashion merchandising majors and Franklin Chesney, a sophomore digital Sciences major about discrimination and racism, and the Rancic-Coleman fiasco.

“I feel with a lot of African-American students on campus, I feel like a lot of us are not comfortable on this campus,” Chesney said.

Wimbush elaborated by sharing a personal experience in which he was the only black student in an English class full of white students discussing The Civil Rights Movement. He stated he was made to feel uncomfortable in two ways. The students were misrepresenting facts but he also felt weary of correcting them.

The Accusation of Being Offensive

I asked all three men if they agreed with the idea that offenders are quick to characterize marginalized people as offended but rarely is the offender moved to ask what they may have done to be offensive in the first place.

They shook their heads in unison immediately with audible affirmations.

“They always ask black girls, ‘Oh, how’d you get your hair like this?’ or ‘Oh, can I touch your hair?’” Wimbush said. “Or black boys who have good hair, ‘Why is your hair so nice? Can I touch it?’ Like, no.”

“Or even the opposite of that, ‘why is your hair so coarse and dry?’” Jackson continued, “Should I not say, ‘n***** hair’? Or something like that because that, that, has occurred a lot of times and some people will say that.”

Wimbush interrupted Jackson and began to describe how after someone has said or asked something offensive, they often wonder why it was taken to be offensive in the first place. He specifically was referring to the kind of assumed access to black men and women’s hair that some people think they are entitled to have and how for non-black men and women, this is not an issue.

Jackson then expressed gratitude that he had never experienced someone referring to his hair in such an offensive way saying, “I have not had that said to me but I know a friend that has had that said to them and I found that very offensive.”

A Clash of Cultures

This organic discussion about the politics surrounding hair in the black community naturally led me to ask about the Rancic-Coleman incident. Wimbush told me he found it especially troubling that Rancic would be so bold as to make the comments in a televised public arena. He stressed the importance of people being socially conscious about what one just doesn’t say about black women.

Wimbush countered this argument by stating that oils are often associated with the maintenance and upkeep of the kind of texture of hair that many Black and Arab men and women possess and that he felt that Rancic’s comment was most certainly referring to race because not all hippies use oil in their hair.

The lack of cultural competency when interacting with communities outside your own brought up the idea that misunderstandings happen because those making the offending comments haven’t taken the time to get to know the communities they are so brazenly making comments about.

To do so without this understanding, Wimbush felt that it’s just assuming that you’re a racist. A closet racist, but a racist.

Apologizing for Racist Comments Made in Public

I told all three men there seemed to be a pattern: racist comment, apology, and then the insistence of the apology absolving the offender.

I asked them if that logic worked. Does an apology absolve the offender?

“No, because it just makes them feel like they can get away with it,” said Wimbush.

“It will get swept under the rug once again,” said Jackson.

Jackson went on to explain that regardless of apologies, if the root of the offense isn’t handled, offensive comments will simply continue to be made tomorrow, weeks from now, and even years, over and over again, with the idea being that an apology makes everything better. Anyone can apologize, he said, but it also takes changing one’s ways and their attitudes.

Wimbush noted that he thought Rancic should have been fired.

“Yes, but she can also still go about her ways and saying immature and racist and stereotypical comments like that, but also she should be experiencing sensitivity training,” Jackson said.

“I think it’s personally sad, I think, that some people don’t have a conscious like that to be like, ‘oh, you know, I’m worried about this’. They just go on about their lives which is sad” Chesney added.

I closed the conversation asking all three men if they could agree that discrimination, prejudice, implicit bias and racism were like a sickness that infects people but that like any sickness, a cure can be found if one was willing to accept the treatment.

They, again, all nodded in unison and gave audible affirmations.

What I thought would be a simple fifteen-minute interview quickly became a forty minute conversation in which afterwards all three men thanked me for allowing them to have such a stimulating conversation about the issues discussed.

There were many topics and points rose that I did not get a chance to cover in this column due to the sheer magnitude of all the subject discussed. It certainly gave me a better understanding of how some students feel about issues that many of us on campus are unwilling or afraid to start having conversation about.

Ultimately we cannot grow if we do not ask questions and listen thoughtfully to one another. Perhaps this is really the only way that we can avoid making thoughtless and insensitive comments about individuals on the one-on-one level and in the larger, public arenas. We have to be up to the challenge and prepared for the ability to handle being held accountable for our language if challenged on it in public.