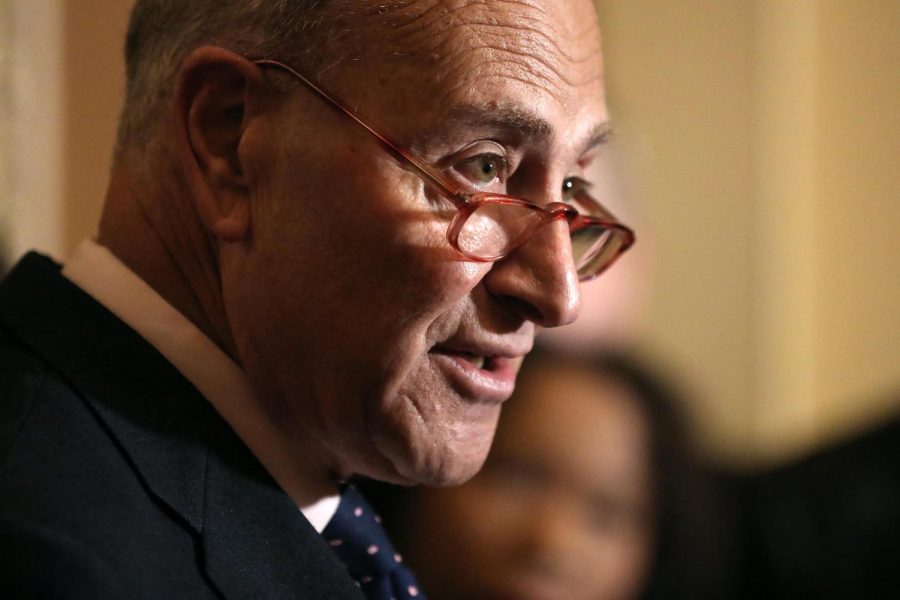 (CNN) — In a surprise twist, House impeachment managers asked the Senate on Saturday morning to call witnesses in former President Donald Trump’s second impeachment trial rather than moving to a final vote, pushing the next phase of the trial into unknown territory.

The Senate voted 55-45 to agree to call witnesses, with five Republicans joining with Democrats to hear from witnesses and extend the trial.

The House managers had been expected to move past witnesses onto closing arguments and a final vote as soon as Saturday afternoon, but lead impeachment manager Jamie Raskin announced when the trial got underway that the managers wanted to subpoena GOP Rep. Jaime Herrera Beutler of Washington state about her knowledge of House Minority Leader Kevin McCarthy’s phone call with Trump as the riot unfolded January 6.

The request came after CNN reported on Friday new details on McCarthy’s phone call with Trump. Herrera Beutler, one of the 10 House Republicans who voted to impeach Trump last month, confirmed in a statement later Friday that McCarthy said the President told him on the call, “‘Well, Kevin, I guess these people are more upset about the election than you are.'”

The Senate was poised to vote Saturday on whether to convict Trump for inciting the insurrection at the Capitol last month, but the Democrats’ desire for witnesses means the trial is likely to extend beyond Saturday, though senators must vote to approve any specific witnesses or subpoenas.

GOP Sens. Susan Collins of Maine, Lisa Murkowski of Alaska, Mitt Romney of Utah and Ben Sasse of Nebraska voted in favor of witnesses. Before the vote was finalized, Sen. Lindsey Graham of South Carolina said he was changing his vote to yes — presumably to support Trump’s lawyers also calling witnesses in addition to the managers’ request.

Raskin said the House managers wanted to conduct a deposition over Zoom with Herrera Beutler and subpoena her contemporaneous notes about McCarthy’s call. Herrera Beutler’s office has not responded to requests for comment.

After Raskin announced Democrats would seek witnesses, Trump’s lawyer Michael van der Veen responded that if Democrats were going to ask for witnesses, Trump’s team was going to need 100 depositions, saying he had to conduct a thorough investigation into what happened during the riot. He listed House Speaker Nancy Pelosi and Vice President Kamala Harris among those he’d seek to call.

“If you vote for witnesses, do not handcuff me,” van der Veen said.

Democrats have been debating whether to call witnesses leading into Saturday’s session in light of new details that have emerged with the trial underway this week. In addition to the McCarthy call, Alabama GOP Sen. Tommy Tuberville confirmed in a call he had with Trump as the riot unfolded that he told Trump that Vice President Mike Pence was being evacuated.

Multiple aides said the debate is that witnesses could clarify the timeline of what Trump knew and when in a compelling way, but it’s not clear that the witnesses would change minds of senators already dug in about the verdict. Witnesses also could extend the trial considerably with Senate Democrats eager to move on to President Joe Biden’s agenda, though Democrats said after the vote to call witnesses they were confident the trial wouldn’t slow down a Covid relief package. The Senate was scheduled to be in a recess next week.

But Republicans warned the trial could spiral into a lengthy affair with witnesses and delay any other business in the Senate indefinitely.

“It could be months,” Sen. Jerry Moran of Kansas told reporters after the Senate voted to hear from witnesses.

Moran said senators were trying to broker some kind of agreement on the parameter of witnesses.

“That’s the attempt at the moment,” Moran said as he slid into the office of Sen. John Thune, a member of GOP leadership. “It’s gotta be fair and not lopsided. We gotta make sure we take the time necessary to take depositions of witnesses … nothing that I think can happen immediately.”

Multiple Senate Democrats said Saturday morning that they did not think the House impeachment team needed to call witnesses, arguing that the Democrats had already made their case. Some said that they wanted to hear more, such as Sen. Angus Kind of Maine, who specifically said he’d like to hear from McCarthy.

The House Democrats have not said that they will seek to subpoena McCarthy — who could fight such a move — only Herrera Beutler, who voted to impeach Trump and has confirmed her account on the record.

Despite the drama over witnesses, hearing additional evidence is still unlikely to change the final outcome of the trial. The final vote was already telegraphed earlier in the week, when the Senate voted 56-44 that the impeachment trial was constitutional. The GOP senators who voted the trial of a former president was unconstitutional said that was what would determine their final vote, leaving the Senate well short of the two-thirds — or 17 GOP senators who would have to join all 50 Democrats — needed for conviction.

Senate Minority Leader Mitch McConnell told his colleagues Saturday morning he would vote to acquit Trump, according to a source familiar with the conversations. McConnell plans to explain his decision after the final vote.

The six Republicans who voted the trial was constitutional are the GOP senators who have left open the possibility they could vote that the former President is guilty, after 10 House Republicans joined Democrats to impeach Trump in the House last month. Several of those Republican senators — Collins, Murkowski, Romney and Bill Cassidy of Louisiana — pressed Trump’s lawyers during the Senate’s question-and-answer session Friday over the actions Trump took when he learned about the riots unfolding and tweeted Pence was lacking courage while he was being evacuated from the Senate.

The House managers have argued throughout the trial that Trump should be convicted and barred from holding future office because he was responsible for the rioters who attacked the US Capitol on January 6 and endangered the lives of lawmakers and Pence. They’ve made the case that Trump incited the rioters through months of false claims that the election was being stolen from him, then failed to take any action to stop the violence or condemn the rioters afterward.

The defense team offered its rebuttal on Friday in a brief presentation, in which they sought to equate Trump’s rhetoric with that of Democrats, arguing that political rhetoric is protected by the First Amendment and Trump’s language did not incite a riot that was pre-planned.

This story and headline have been updated with additional developments Saturday.