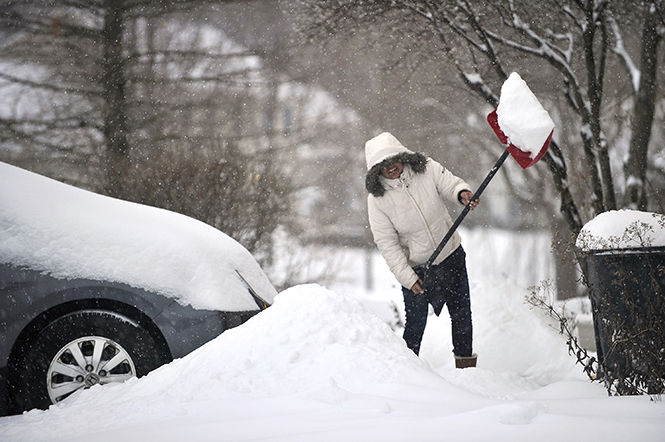 Students can adhere to many healthy habits to avoid getting sick in this frigid winter season.

“The things that we notice most this time of year, especially with students, is that they tend to overeat,” said Tanya Falcone, lecturer and coordinator for the Center of Nutrition Outreach. “Also, we tend to not eat the best foods, so we actually see vitamin and mineral intake decrease, but caloric intake increase.”

Falcone said three of the most important vitamins that students risk having insufficient levels of this time of year are zinc, vitamin C and vitamin D.

“Vitamin D is especially important because we don’t get a lot of sun exposure during the winter since we are covered head to toe, and we don’t really go outside in the sunlight when there is any,” Falcone said.

Falcone listed low mood, lethargy and difficulty getting up in the morning among the symptoms of vitamin D deficiency and said that adding a daily multi-vitamin to a well-rounded diet that includes fruits and vegetables ensures that students are meeting the daily values.

Falcone said the common myth that certain foods have cooling or warming properties is false.

“There’s a lot of stuff being said like if you eat a lot of spicy foods, like hot sauce, it will raise your body temperature and make your metabolism faster,” Falcone said. “It really doesn’t. It’s such a minimal effect that we barely even see it.”

Falcone said one adjustment students can make to stay a little warmer, at least temporarily, is to eat lighter meals since the more energy used for digestion, the less energy is available to keep the body warm.

Another is to bundle up after working out.

“If you’re leaving the gym, your core temperature was so high, but then it drops down,” Falcone said. “And then obviously we need to eat something after we’ve worked out, so then our body temperature decreases even more.”

The immune system is also weakened by lack of sleep, which causes an increase in appetite and a decrease in metabolism, Falcone said.

“I feel very sluggish when I don’t get enough sleep,” Patsolic said. “I’m more hungry. My body seems like it’s trying to make up for the lost sleep.”

Gina Masciarelli, senior communication studies major and intern for the Office of Health Promotion, said she seconds Falcone’s advice to eat a balanced diet and get adequate rest.

She also said a common misconception among students is that drinking alcohol “warms the body.”

“It isn’t true” she said. “Alcohol actually causes the pores in your body to take in more of the cold,”.

Falcone said that getting sun exposure despite the cold temperatures is important.

“The one thing that research does show is that the more we stay cooped up inside, the more at risk we are to really feel the cold,” Falcone said. “It’s a matter of really trying to go outside and get some of that sun exposure. Even if you’re walking from your dorm to the Rec Center just to get some fresh air, it’s very important.”