Opinion: Clinton Better Watch Out, Fiorina is Making Herself Heard 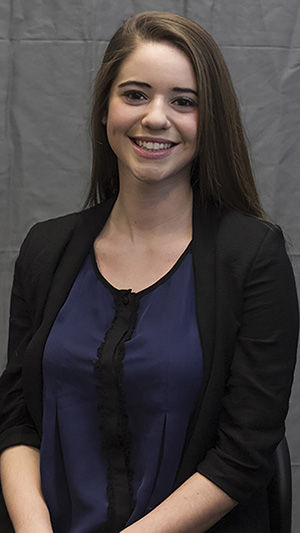 For those of you who read my article last week, you’ll know that I had some tough criticisms for Hillary Clinton. However, one woman had more to say — Carly Fiorina. The potential GOP dark horse is a more-than established woman in her own right. Not only has she been the chief executive for Hewlett-Packard, but she has also been a senior advisor for Senator John McCain, as well as been a candidate herself for the United States Senate. Over the past few weeks Fiorina has not minced words on her opinion of Hillary Clinton, and her remarks have rang loud and true.

She made spot-on critiques of Clinton’s time as Secretary of State, being quoted by the New York Times as saying, “Like Hillary Clinton, I too, have traveled hundreds of thousands of miles around the globe, but unlike her, I have actually accomplished something… Mrs. Clinton: Flying is an activity, not an accomplishment.”

Fiorina is referring to the fact that while Clinton has been boastful about being the most traveled Secretary of State, she has a less-than impressive track record to back it up. Also, just an hour after Clinton’s news conference about her private email account, where she stated that the American people should trust her, Fiorina hammered that there is nothing in her track record to suggest she deserves trust.

So what do all these comments mean? Well, Fiorina is shaping up to perhaps be some competition for Mrs. Clinton. For starters, Fiorina represents a strong woman figure in the GOP, something the party has been lacking, and something Hillary Clinton and her team have pounced on over the years. Also, besides her private-sector experience and her pro-market policies, a woman Republican going toe-to-toe with a Democrat whose campaign focuses around gender will only break down every argument Clinton has made about the Republican Party’s “war on women”. Fiorina expanded on the topic saying, “I think if Hillary Clinton faces a woman opponent, she will get a hitch in her swing.”

Realistically speaking, however, it doesn’t look like Fiorina is going to be the next Republican presidential candidate, but that doesn’t mean her presence in the race won’t have a big impact. While Fiorina has made it clear that she is not just a pawn in the Republican agenda stating, “The party is not leaning on me to do anything, and I didn’t ask the party’s permission,” she knows she has leverage against Clinton and she knows how to use it.

Jennifer Hutchinson is a sophomore political science major. Contact her at [email protected]