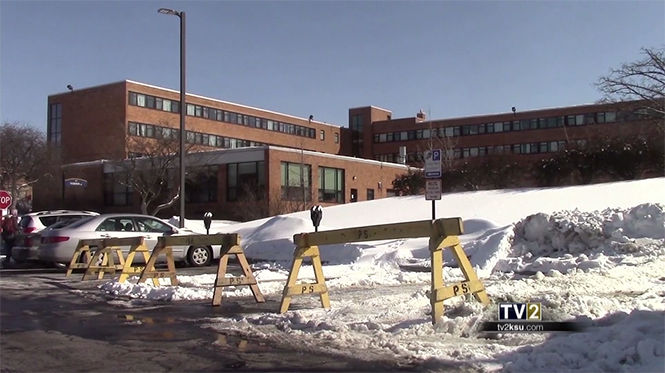 Police received a call around 2:33 a.m. Monday from Ben Pfeiffer, a sophomore nursing major, about a vehicle that was on fire in the R3 Terrace Hall parking lot. When he and his friend arrived at the scene, Pfeiffer said they called 911 and the fire department showed up quickly to take care of the situation.

At the time of the incident, Pfeiffer said that the front of one car was on fire. When he spoke to a policeman later, the cop had said the fire was set right before Pfeiffer and his friend had driven up to parking lot. Pfeiffer said he did not see anyone at the scene.

Emily Vincent, a Kent State University spokesperson, said the fire appeared to be arson. Vincent said no one was hurt or injured at the scene and the faculty and staff in the ROTC building are taking precautions to ensure safety.

Army ROTC Lieutenant Colonel Matthew Fox said the main goals in this situation are the education and safety of the students. He said with an incident like this, the faculty is hesitant to let the students have any more presence on campus than necessary.

In response to the incident, the doors to the ROTC building have been locked, and cadets and students have been told to contact their ROTC branch to enter the building. ROTC students have been asked to not wear their uniform on campus in order to decrease their profile.

“Generally we are very proud of the uniform and proud of all the accomplishments of the students,” Fox said. “We just don’t want them to be unfairly targeted.”

The university is currently working with the Ohio State Fire Marshal and the Kent State Police Department to find out what happened. A $5,000 reward is being offered by the Blue Ribbon Arson Committee for information about the identification of the person or persons responsible for the fire. The investigators want to hear from anyone who might have information regarding the situation.

Anyone with information should call the State Fire Marshal’s Fire & Explosion Investigation Bureau at 1-800-589-2728.