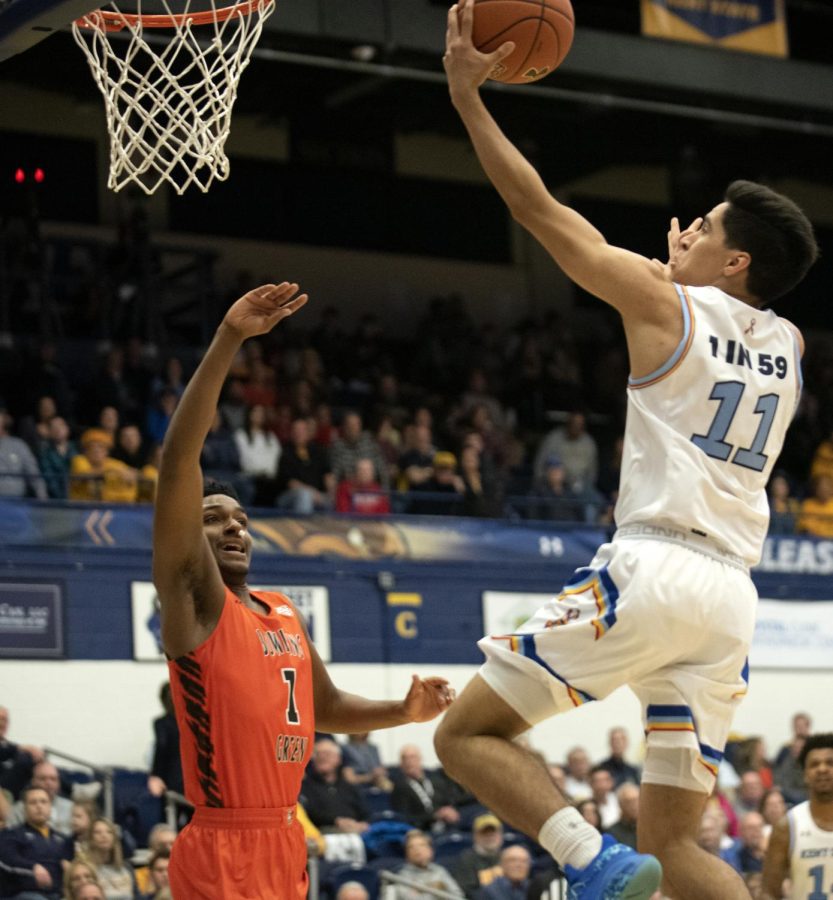 The Kent State men’s basketball team did not end its season the way it wanted to.

The Flashes were dominated by Buffalo in their last regular season game, before getting bounced in the first round of the Mid-American Conference in a commanding victory by eventual MAC champion Ohio.

Forward Danny Pippen, who was named to the all-MAC first team and was the third leading scorer in the MAC last season, and guard Michael Nuga, who was the team’s second-best scorer with an average of 17.8 point per game, both are gone from the team.

Pippen is playing the NBA G League, and Nuga transferred to the University of Nevada Las Vegas.

The Flashes have four starters returning this season.

Redshirt junior guard Malique Jacobs, who is a powerhouse on defense, will also be returning for KSU. Jacobs was named to the All-MAC defensive team last season after he finished second in the conference in steals with 45. He was second on the team in assists (84) and was the fourth best scorer on the team with 10 points per game.

Redshirt sophomore guard Giovanni Santiago saw the most playing team among all the returning players from last season. He led the team in minutes with 775, and he was the only Flash last season to start all 23 games. He was also first on the team in assists (95) and free throw percentage (92.0).

Santiago is also one of the team’s best three-point shooters, as he led the team in made shots (51) and shot 44.7%.

Redshirt senior forward Justyn Hamilton is the final Kent State starter to return. He was second on the team in blocks (18), rebounds per game (6.8) and field goal percentage (.516).

Redshirt junior guard Sincere Carry is one of KSU’s most exciting newcomers after he transferred in from Duquesne. He was named to the All-MAC preseason team, and he was also named the MAC Preseason Newcomer of the Year. In his career he averages 5.5 assists per game, and has scored in double digits 38 times out of 58 career games. He averaged 12.2 points per game his sophomore season.

Another big transfer for Kent State is graduate student guard Andrew Garcia. He averaged 8.7 points and 4.0 rebounds in his one season at Georgia. He had spent his three previous seasons at Stony Brook, where he scored 780 points for an average of 10.1 points per game. He also had 414 rebounds there.

Redshirt junior forward DJ Johnson is the team’s third transfer. At Rhode Island he averaged 4.3 points per game, and he shot 38.5% from deep.

Redshirt freshman Akeem Odusipe is the team’s final transfer, and he comes to KSU after redshirting his first year at Vanderbilt. In high school, Odusipe averaged 16 points and 10 rebounds per game.

The season begins Friday, Nov. 12 when the Flashes play at Xavier. The first home game is Tuesday, Nov. 16 against Oberlin.

KSU will then travel to Florida to play in the Naples Invitational with the first game against James Madison on Monday, Nov. 22.