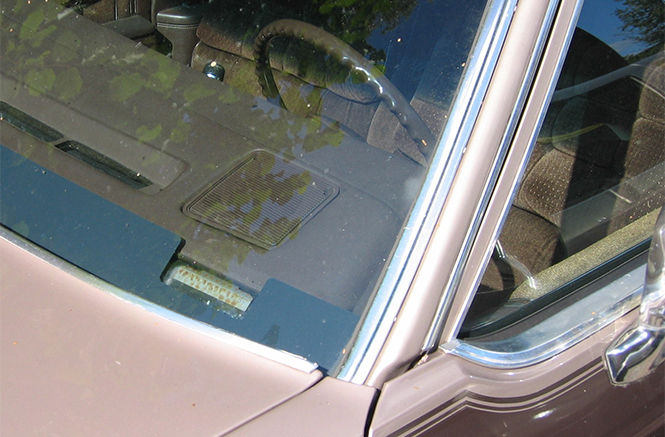 Thieves often will steal a car to get quick cash from gutting the parts, but there is now a way they can make a few more thousand dollars and avoid getting caught.

And it’s at the victim’s expense.

“First of all, I was shocked to find that someone could do something like that,” said Mike Cella of Massachusetts. Cella is one of several victims to the crime: Vehicle Identification Number (VIN) Cloning.

Cella attempted to trade in his 2008 GMC Yukon Denali for a new one in October, but the dealer brought back the Carfax report.

To Cella’s surprise, his car had been in four accidents from states more than 1,000 miles away from him, meaning he couldn’t get full trade-in value toward his next vehicle purchase.

Something was strange though. And after investigating, the National Insurance Crime Bureau (NICB) found that the same make and model Yukon had been stolen in Florida seven years ago.

The thieves cloned Cella’s VIN and sold it for the full “Blue Book” — a third-party resource that offers trade-in values for cars — price in the Midwest. After the stolen vehicle was sold the first time, the thieves became untraceable and rich.

When thieves steal a VIN, first, the car is stolen. Kent City Police Administrative Lieutenant James Prusha said that the department gets calls reporting people attempting to open doors in parking lots. Criminals often will attempt to take unlocked cars. If a person fails to lock his or her car, he or she becomes an easy target.

Second, the thief will search for the exact same make and model on sites like autotrader.com. Thieves will snag the VIN, even if that means going to a dealership to get it. To make an exact copy, the criminal may need to be Photoshop savvy.

Finally, the fake VINs get put on the car.

Then the car will be sold, and the thieves will run with the money.

Days later, the owner get pulled over for being in possession of a stolen vehicle. The police will take it away so now, he or she is out of a car and thousands of dollars.

So what exactly happened with Cella’s stolen VIN number?

The NICB found it in the hands of a woman from Wisconsin. She was the fourth owner of the Yukon, and she bought it from a dealership.

According to Wisconsin laws, the dealership had to reimburse her.

Cella said that Massachusetts law wouldn’t have faired well for him. The crime would’ve been at his expense.

“You know, great scheme, great idea, great thought. God bless ‘em, I said,” Cella said. “But you know what? You’re still hurting people’s livelihoods. You’re hurting people’s reputations. Someone’s going to have to pay for it in the end, and it could’ve been me.”

There are a few ways to avoid purchasing a cloned vehicle:

Make sure all of the cars’ VINs match. Find them on the windshield, inside of the car’s hood and inside the driver’s door. Conduct a title search. Look up the VIN at http://www.carfax.com/vin.cfx Most importantly, when buying a car, if a deal sounds too good to be true, walk away.