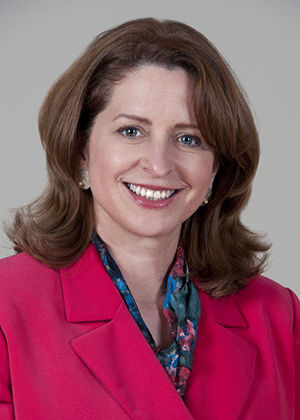 The search for the new College of Communication and Information dean was in full swing last week, as each candidate gave a presentation to the university body.

Last March, Stanley Wearden announced his retirement from the CCI dean position that he held for 5 years. Wearden assumed the title of Senior Vice President and Provost of Columbia College Chicago in July.

AnnMarie LeBlanc, who had served as then-director of Kent State’s School of Visual Communication Design, was named interim dean. LeBlanc is one of three candidates being considered for the permanent position.

“We want someone who is comfortable with administering different academic pursuits, and I think we also want someone who will take us where we are right now, which is very good, very good and make us that much better,” said Todd Diacon, provost senior vice president for academic affairs.

Diacon said the search committee, which is headed by dean of College of Education, Health and Human Services Daniel Mahony, narrowed down applications to a dozen candidates. LeBlanc and two other finalists, Catherine Luther and Amy Reynolds, were then selected and invited to visit the campus.

During the visits, each finalist gave a 40-minute presentation that shared her background, goal and vision for CCI. Following the presentations, the floor was open for individuals to ask questions. Attendees were encouraged to submit feedback about the candidates performance on the university’s website.

Diacon will wait about a week to hear from the Committee on Administrative Officers and the search committee. These two bodies will present Diacon with a report on each candidate’s strengths and weaknesses. He will also discuss the candidates with President Beverly.

Diacon anticipates a decision within a couple weeks.

Luther, who serves as an associate dean and a director of graduate studies at the University of Tennessee-Knoxville, spoke Monday on the third floor of the Kent State student center.

Luther stressed the need to create an identity for Kent State’s CCI program. While each individual college had its own brand, she said CCI as a whole did not.

“This is what the world looks at,” Luther said.

She referenced a potential retreat with faculty and staff to try and create a CCI brand. Additionally, she said the school could look at working with an outside facilitator.

Luther spent the entire presentation putting emphasis on creating a fluid working environment, which would include her idea of a need for community space. As it stands, the CCI programs are spread too thin across campus.

Luther said she sees increasing competition amongst other CCI programs across the nation. While she said there’s not a major issue now, schools are becoming more aggressive in how they recruit students, and Kent State cannot remain stagnant.

Alternate methods of learning are not out of play for Luther, either. She said she would do everything within her power to increase potential for online learning and study abroad. She has reporter experience in Japan and referenced this experience throughout her presentation, particularly in discussing study abroad programs.

“I have a new appreciation for online learning. I see how it can work if you do it effectively,” Luther said. “I have such a passion for study abroad programs.”

Reynolds offered suggestions to distinguish the individual schools in the CCI program as well as branding the overall program in her presentation Wednesday in the Kent State Student Center.

“I don’t think there needs to be a radical restructure or anything,” Reynolds said. “I really see this as a way to free up faculty.”

Reynolds said in identifying repetition in course material throughout required classes in CCI and limiting them, the school could allow faculty to create and instruct more elective coursework that intrigues them.

Reynolds currently serves as a director of the Reilley Center for Media and Public Affairs in the Manship School of Mass Communication at Louisiana State University.

She spent a good portion of the presentation discussing how interdisciplinary training with other colleges on campus would be beneficial for CCI, such as working on unique projects with science colleges if expert knowledge is helpful.

“There are lots of opportunities…this doesn’t have to be limited,” Reynolds said.

During her presentation Thursday in the Kiva, LeBlanc told a crowd of about 50 individuals that she wants to see better collaboration and shared goals between the schools within CCI, as well as more funding for study abroad programs.

In 2007, LeBlanc was named the director of Kent State’s School of Visual Communication Design. As director, she increased graduate enrollment by more than 200 percent, contributed to the development of The Tannery Communications (now IdeaBase) and built upon current curriculum with the introduction of new courses.

“We’ve already accomplished a lot in the last eight months,”  LeBlanc said when discussing her experiences as interim dean.

Prior to Kent State, LeBlanc served as an associate professor with tenure of Fine Arts, the chairperson of the Department of Visual Communication and Design, and associate dean of the College of Visual and Performing Arts at Indiana-Purdue University.

She focused a large portion of her presentation on the challenges that the new dean faces. LeBlanc said she believes that it is her duty to assemble the necessary funding for Taylor Hall’s renovations. LeBlanc also said she feels that it is important to build a strong leadership team with the upcoming vacancies for school directors. New directors should reflect individual school missions, visions and identities,  LeBlanc said.

“A clear challenge for CCI is to establish and promote our own distinct school identities, while embracing and leveraging the strength of our unique college coalition,” she said. “As your dean, I expect to diminish the urge to own curriculum, own subject matter or own the research and in its place, instill in a college, in its faculty and staff, an urge to investigate our collaborative possibilities.”

LeBlanc told the audience that a key mission of hers would be to educate the university’s public on the relevance of CCI. Parents and students must recognize that the fields of communication and information have evolved tremendously.

LeBlanc also shared her vision for study abroad, which consists of adding summer classes to the Florence program. Currently, she is working with colleagues to secure coursework at the University of Costa Rica.