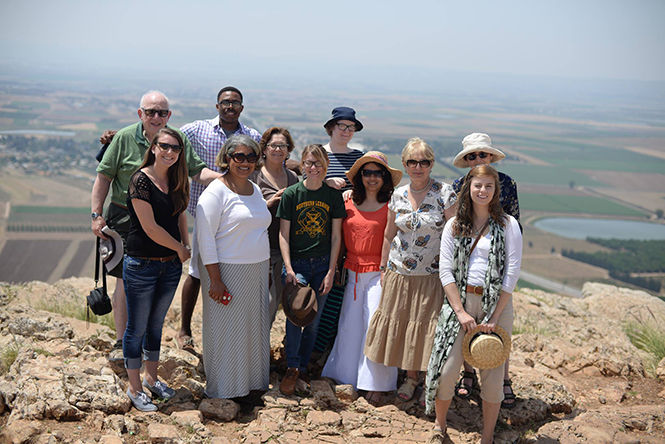 The Jewish Studies Program traveled to Israel last summer and will offer a new spring break trip to Poland this year.

Rather than go home or travel to a beach for spring break, some Kent State students will instead cross the Atlantic and experience Poland and its past, present and future.

Chaya Kessler, director of the Jewish Studies Program, will lead a group of 18 students as they travel to Poland from March 21-28.

During those eight days, the group will explore Poland’s history, from its struggle through the Holocaust and communist control to its modern identity.

“Poland is a really exciting place to be right now,” Kessler said. “There’s a lot of life.”

Kessler first got the idea to go to Poland after an annual trip to the United States Holocaust Memorial Museum.

“The students had so many questions and I brought up the possibility of going to Poland and actually seeing some of the places they have learned about in the museum,” Kessler said.

Once there, the students will be enrolled in a one credit hour course called Perception and Remembrance: The Holocaust Representations in Poland.

They will also visit famous cities including Warsaw, Poland’s capital, and Krakow, Poland’s second-largest city with a thriving student population.

The group will see the new Museum of the History of Polish Jews in Warsaw, meet Holocaust survivors at the Jewish Community Centre in Krakow and speak with Righteous Gentiles, those who were not Jewish but helped save Jews during the Holocaust.

Furthermore, they will visit Auschwitz-Birkenau, a notorious network of Nazi concentration and labor camps.

“That is something I would very much be looking forward to because we are going to be led through by a Holocaust survivor,” said Miranda Nicasio, a junior art history major who is going on the trip. “I don’t know anyone who has had that opportunity.”

Nicasio, who is a peer ambassador for study abroad in the College of Arts and Sciences, isn’t part of the Jewish Studies Program, but heard about the trip to Poland while she was studying abroad in Italy last summer.

“Working here, I was able to help with applications and I found out more information, and I decided I really wanted to go still, so I went ahead and signed up,” Nicasio said.

Jennifer Chestnut, executive director of Hillel at Kent State University, provided her own insight for the trip from her experiences in Poland.

“I would expect it’s a powerful experience for anyone,” Chestnut said. “It would be fascinating, I think, to speak to young people now growing up in Poland and sort of understand what they know about the Holocaust and that period of history.”

Kessler recommends the Jewish Studies Program at Kent State University Facebook page to anyone interested in the Poland Trip or other opportunities that the program offers.

“I’m looking forward to a very significant emotional experience for the students,” Kessler said. “And we will see how Poland is building up. It’s growing.”