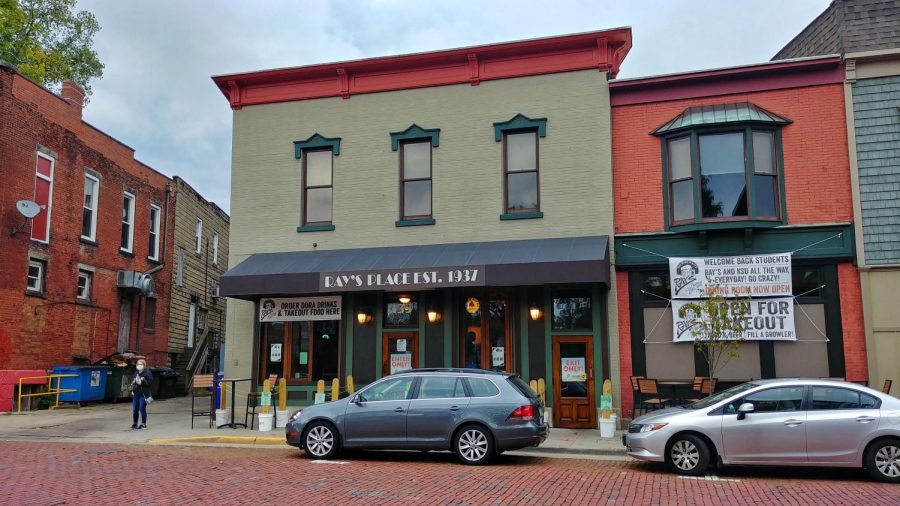 Ohio’s 11 p.m. to 5 a.m statewide curfew was lifted Thursday after Gov. Mike DeWine said there had been enough of a sustained decrease in COVID-19 hospitalizations.

The curfew, which originally went into place Nov. 19, was instituted to reduce the number of hospitalizations and to slow the spread of COVID-19. According to DeWine, hospitalizations across the state had to remain under 2,500 for seven straight days for it to be lifted completely.

Starting in July 2020 and going until November 2020, Ohio implemented an order setting last-call sales for alcoholic beverages at 10 p.m. The order prohibited restaurants from being able to sell alcohol after the state’s designated timeframe and was put in place to help prevent coronavirus infections and hospitalizations.

Managers, such as those at Ray’s Place and 101 Bottles of Beer on the Wall, were given no prior notice the curfew would be lifted Thursday. For some, this meant they were short staffed, while others experienced little to no increase in business later in the night.

“Last night was not any busier. We had a couple people hanging out past 11 p.m. but besides that, I mean it was dead,” said Chris Laughton, store manager of 101 Bottles of Beer on the Wall. “No one even tried to come in.”

Ray’s Place, a well-known local restaurant and bar, was open until midnight on Thursday, owner and manager Charlie Thomas said. Thomas also said there was a noticeable increase in business close to closing.

“We’re going to 12 a.m. tonight, maybe a little longer, and then progress as the next week or two goes,” Thomas said.

Over time as the pandemic has continued, business at local restaurants have slowed especially within the last six months, according to statistics from the U.S. Census Bureau and Finances Online.

Roughly $65.4 billion was spent nationally at restaurants and bars in February 2020, according to the U.S. Census Bureau. That amount fell to $45.7 billion in March and $30 billion in April, but has slowly recovered in the following months, hitting $55.6 billion in October.

“We’re trying like most restaurants and bars to pay our bills and break even. We’re not making any money yet,” Thomas said.

Owners say the earlier restaurants and bars start resuming pre-pandemic operation, the faster they can try to recover from the economic struggles the industry has faced.

According to the same report, 8 in 10 restaurant operators reported worsening same-store sales readings, or the amount of sales growth that is attributable to new store openings compared to the sales made by stores that have been open for one year, for the third consecutive month.

However, looking into the future, the National Restaurant Association’s report says that restaurant operators are more optimistic about sales growth and the economy, with 60 percent expecting conditions to improve.

One of the advancements Thomas is optimistic about is the idea of vaccinations being more widely available. He feels there will be a major difference in business.

“As we get towards April when it gets warmer, I think [restaurants are] going to see a much better trend, and I think it’s going to be much more comfortable,” Thomas said. “As the public gets into the next fall, that’s when owners are going to see a major [change].”

Ian Jameson covers the Statehouse. Contact him at [email protected]