Opinion: We want your opinions in the opinion section 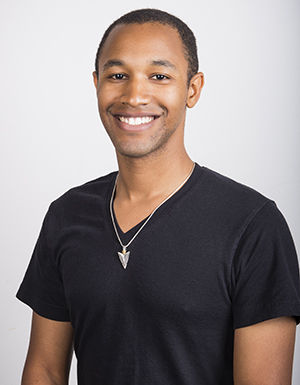 Bruce Walton is the opinion editor. Contact him at [email protected]

This semester marks the third anniversary when I first started as a columnist here at the Kent Stater. Although it’s already been three weeks since the semester started, I finally have the free time I’ve wanted to be able to talk about my time with the opinion section of the Kent Stater.

The opinion section was designed — in my personal understanding — to be a forum and a haven for discussion topics to take place for the residents of Kent State and even the City of Kent. Through these columns, guest columns, editorial “Our Views,” political cartoons and the “Cheers and Jeers,” we hope to stir a conversation among our readers.

I have always had a wonderful fascination and love for the opinion section, as it’s the only part of news media that can be biased, that can speak its mind and can talk about the real issues that concern its readers without having to take the same long and lengthy route to restrict dialogue like normal reporters do.

Some say it’s easy, but being a columnist, writing every single week, putting out something new for your opinion to either be attacked, praised or ignored is not something everyone is prepared to do.

That’s why I respect columnists and especially those who work for me now. I have a wonderful team and a diverse set of columnists this semester, and I just wanted to say that I am happy to have them as my writers and you as our readers.

However, though I know that we have so many diverse columnists covering many topics, we can always miss something important. This section is not a place where a select few get to voice their opinion on a soap box; these are opinions for you. If we aren’t talking about something you want us to, we’d love to know your opinion.

I’m sure that there are many who read our columns online and in the paper, but I think it would be great if we got more feedback. One way you or anyone you know would be interested into this would be to submit a letter to the editor. This letter will be read by me and can be submitted and featured in the Kent Stater or in KentWired.

When I am asked who inspires me to be a journalist, I don’t think of other journalists who shaped American media as we know it. Though I do recognize journalists like W.E.B. Du Bois, who was a great writer for advocating racial justice and equality, or Carl Bernstein and Bob Woodward, who exposed Watergate and challenging political authority through investigative reporting.

But I say I am inspired by the people. Because it is the people who read and react to the news in the media and inspires us to make more of a difference. Without that, we’re all just shouting in the dark.

This is our paper, and we want to share it with you. Let us know we are making a difference — send us your letters, give us your comments and share us on Facebook and Twitter. Let us know ours as well as your opinions are heard. Thank you for reading the Kent Stater and visiting kentwired.com. And let us know how we are representing our university.