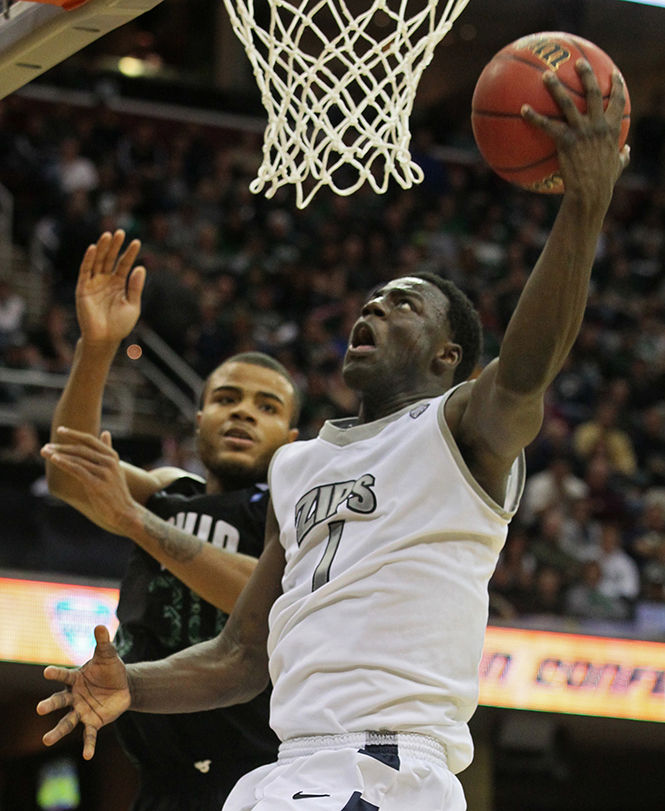 AKRON, Ohio (AP) — Senior forward Demetrius Treadwell has been suspended indefinitely by Akron for a violation of the school’s student-athlete code of conduct.

The school did not give any specifics about Treadwell’s suspension in a brief release. The suspension begins immediately. Akron said an “incident” has been referred to the Department of Student Conduct and Community Standards.

The 6-foot-7 Treadwell was picked to the Mid-American Conference’s preseason All-East team. He scored 10 points with 13 rebounds in the Zips’ season-opening win on Friday.

Copyright 2014 The Associated Press. All rights reserved. This material may not be published, broadcast, rewritten or redistributed.