Opinion: What I learned from ‘Birdman’ 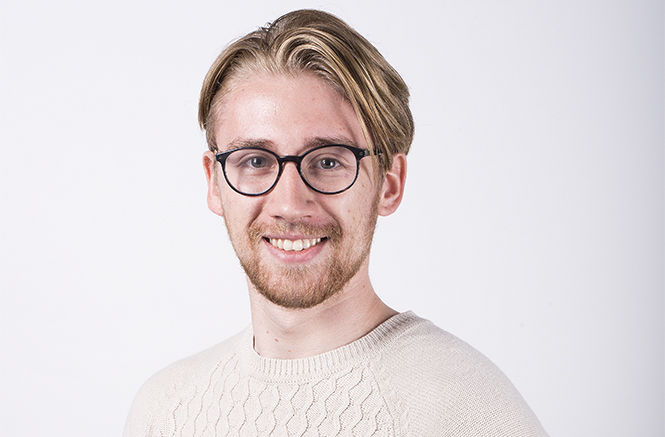 This past weekend, I made my way out to the Cedar Lee Theatre in Cleveland to see the new Michael Keaton movie, ‘Birdman.’ I won’t delve too much into a review of the film, but it was incredible, and if Emmanuel Lubezki doesn’t win for best cinematography, I’ll give up.

The movie follows Riggan Thomson (Keaton) as he tries to salvage his career, a career known only for the multi-billion dollar “Birdman” movie franchise, by staging a Broadway play based around the Raymond Carver story “What We Talk About When We Talk About Love.” It is edited to appear as though it was filmed in one shot (amazingly done by Lubezki), and follows from a few takes before previews begin, up to that very day. That’s all you get, so go see it.

I loved this movie, and it made me think about a few things. In particular, it made me think about failure. Most of us are brought up against the idea of failure, which is why it is a definite fear in our society. I even fear failure, but that’s because in this world, if you fail, you’re basically signing your own death warrant.

There’s a lesson to be learned about failure that’s remained absent. This completely bypasses motherly coddling and parents telling you, “It’s OK, you tried your best.” It’s healthy to fail because without failing, you’ll have never tried whatever it may be, and would never have the impulse to either move on or improve yourself.

I’ve failed. That’s an understatement: I’ve failed a lot. It sucks, and there’s no other way to really put it. But I don’t regret trying because I don’t believe in saying “I don’t know why I did that,” unless something wild happened the night before and in the darkness your body decided to keep moving (apologies to anyone who experienced my 21st birthday with me).

Example: I decided going into my sophomore year that I wanted to become an architectural studies double major. What I learned: I cannot draw, at all. So I gave that up, but I still love architecture and will occasionally study it, but I still cannot draw. It’s strange that I was better at drawing in fourth grade than I am today. Or maybe that’s just what they told me. Coddling.

If ever you have the doubts that you aren’t going to succeed in whatever it is you want to do, at least try it. Sit down and think to yourself: “Why not?” Seriously. What could possibly be so bad in attempting something you want to do? I’ve tried many different things that haven’t worked out for me, but in turn they have lead me to what has and does work. Be the risk taker because through that trial period, you may discover something about yourself that will change your life for the better, forever.

Final word: To see a longer, uncensored take on this in the near future, go to my blog at a-distant-parklife.tumblr.com, where I’ll also begin to post more of my writing, and feel free to read what’s there already, albeit not much.