Opinion: Why comedians should perform in more dramatic roles 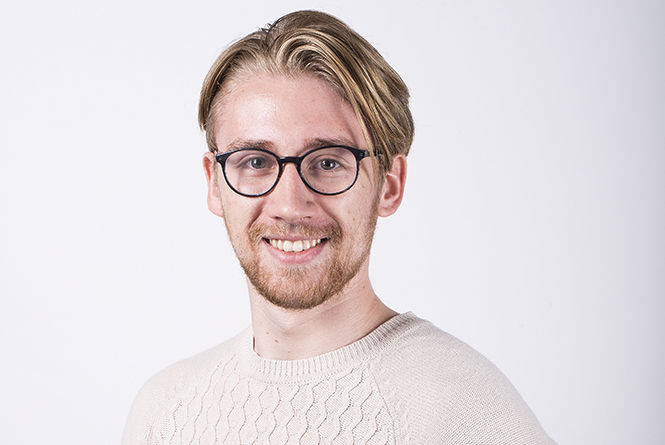 I probably could have conjured up a better title, but it gets the immediate point across. Comedians — you know, those people who make you laugh — should be in more dramatic roles, movies, etc.

In light of the recent release of the film “Foxcatcher,” which stars Steve Carell, cast as a paranoid, schizophrenic, millionaire-wrestling enthusiast and coach to Channing Tatum, who also murders Tatum’s brother, played by Mark Ruffalo. I assure you this isn’t a spoiler. I recommend watching the trailer, where you can almost not recognize Steve Carell playing such a dark role.

Think back to a few other comedians who have tackled dramatic roles. Adam Sandler in “Punch-Drunk Love;” Jim Carrey in “Eternal Sunshine of the Spotless Mind;” Robin Williams in “Good Will Hunting;” and that is just to name a few.

Comedians have a special ability to make us feel. Generally, it is to feel joy and laughter. But there is a deep-rooted, dark sadness behind some of it.

Take Louis C.K. for example. If you’ve had the special privilege to see his stand-up (I have and I’ll not forget that day), or watch his show “Louie” and any stand-up specials, you’ll notice how dark his humor is. Poking fun at the sadness in his life, for the amusement of everyone else. It’s much more than that, but you get where I’m going.

They make us feel, make us think about our own petty lives and are fair guides toward how to make light of everyday life, even if it’s a landfill of garbage much of the time.

It is no shock to me that comedians can absolutely own serious and dramatic roles. They hold such a great skill in recognizing human emotion, in ways not everyone can understand. This is why we continue to pay them to make us laugh.

I can remember the first time I watched “Punch-Drunk Love,” and it was almost as if I couldn’t identify Sandler as the goofy, “Happy Gilmore” funny guy we’ve all come to know. He was transformed into this socially inept, paranoid man who would never dare punch Bob Barker.

Carell’s performance is generating plenty of Oscar buzz, and I believe it is well worth it. For Steve Carell in the career he’s had thus far — as dopey Michael Scott, a 40-year-old virgin, a member of the “Frat Pack,” and indie flicks like “Little Miss Sunshine” and “Crazy, Stupid, Love” — taking on this role, and receiving as much praise as he’s had for it, is like turning to a new chapter.

It’s almost shocking to see a lovable comedian become a dark, sinister murderer. If it pans out as well as I anticipate, prepare to see Michael Scott, and maybe a “that’s what she said,” grace the Academy Awards’ stage.

Being funny is the root to happiness, that’s why I try to embarrass myself as much as I can, I’m not much of an “orchestrated joke” kind of guy. Give thanks to your funny people because they know how to dig deep into your core and portray reality through ways we all should appreciat