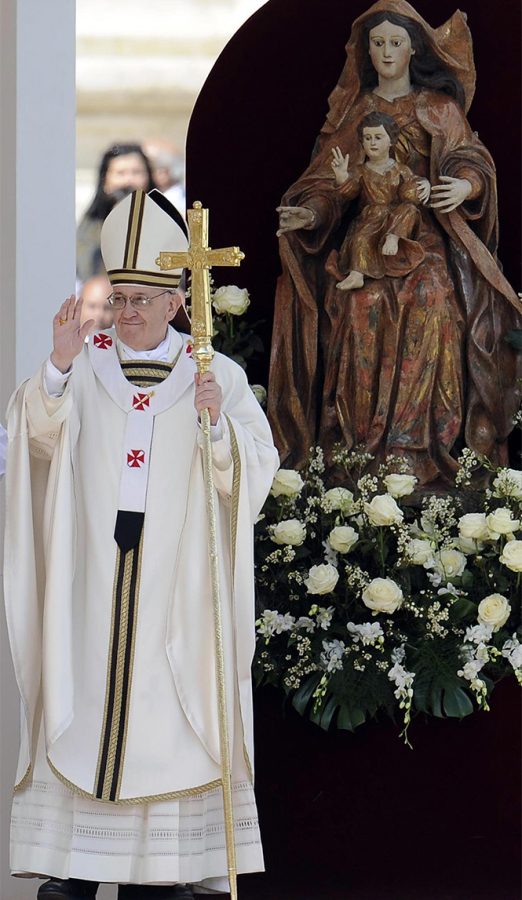 The Vatican concluded its two-week synod on families Saturday, Oct. 18, but it did not reach a consensus on the hot topic of homosexuality.

Bishops in Italy voted either yes or no on each paragraph in the synod document. To reach a consensus, the paragraph needed to have a two-thirds majority vote. Paragraph 55, which discussed homosexuality, missed the two-thirds rule by two votes.

The bishops who voted no did not necessarily vote that way because they oppose homosexuality, said Carmen Roebke, Pastoral Associate for Christian Formation at the Newman Center.

“Some bishops who voted no thought the language was not strong enough,” Roebke said.

The document will serve as a guide for a future meeting in October 2015, so nothing in it was officially accepted or rejected. However, the statements in the document are already affecting churches and the LGBTQ community.

“Fifty years ago, a conversation like this would not have been possible,” Roebke said, “So the fact that we’re having this discussion is great.”

Brandon Stephens, PRIDE! president and junior criminology and justice studies major, was raised Catholic but no longer identifies with this religion. Still, he has kept watch on the changes since Pope Francis was elected in 2013.

“I’ve interpreted a lot of changes within the Catholic church as more sensitive to LGBT issues,” Stephens said.

Ferguson also said he believes regardless of sexual orientation, all people are created in the image of God.

“I see homosexuals as human beings, just like everyone else,” Ferguson said.

Ferguson, CSA and the Newman Center staff welcome all types of people to their church. Roebke said she and her staff do not measure people by their sexual orientation.

“Students should feel safe and welcome here,” Roebke said. “We don’t have a sin detector at the door because we are all sinful in some way.”

Stephens agrees that students should feel safe at church because faith is one of the ways people cope with their lives.

“A lot of people find comfort in their faith when life gets challenging, and I think that the same can go for the LGBTQ community because we obviously face a lot of extra hardships in life,” Stephens said.