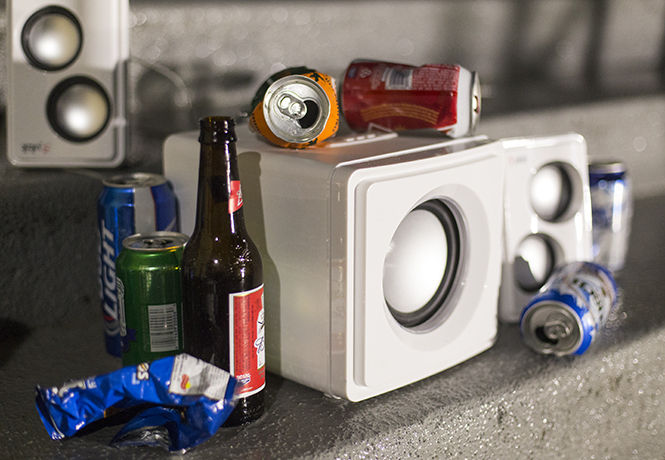 Seven months after Kent City Council voted to approve a party registration program, only 14 hosts have utilized the program and noise complaints have decreased only slightly.

Although Prusha said the effectiveness of the program has yet to be determined, noise complaints have remained the same compared to recent years.

Contrary to what many think, Prusha said the program has not made handling noise violations any easier for the police department.

“My thoughts on it is that it created more work for us,” he said. “I think there has been a couple of times when people have registered parties and we’ve gotten a noise complaint and an hour later we got another noise complaint so we went out and wrote a ticket anyway. However, we probably had a couple of them who registered, and we never had to go out there and that’s a great thing. Would we have to go there even if it wasn’t registered? I don’t know.”

The one-paged form requires applicants to submit the address and date of the party, and contact information of the resident and second resident. The host must provide a signature as well as photo identification.

The Kent Police Department will call the secondary contact in the event that the primacy contact does not answer the phone. Party registration rules state that police officers will “use reasonable efforts to contact the party registrant and provide them with a warning, when appropriate.”

This year is a trial year for the program in Kent. At the end of the year, Prusha said the police department plans to look at and assess the progress, if any.

“Part of the idea is that if someone is going to take the time and come down to the police department, show their ID and fill out this paperwork, they are probably going to be more responsible,” Prusha said. “I think that’s the idea behind it. And in Clemson they showed that it worked and I guess we’ll see if it works here.”

Although the Kent City Council approved the program on Feb. 19, residents only began utilizing it April 23.

“We had slightly fewer (complaints) this year, but I don’t know if that’s because of the program or not,” Prusha said.

Twenty-eight criminal offenses related to nuisance parties were filed in 2013, decreasing by more than half compared to 67 in 2012.

In 2012, reports showed a significant increase in noise complaints compared to prior years – a jump of almost 40 percent from 2011.

Prusha said that the rental properties near campus often generate the most noise complaints.

According to the Kent Police Department activities report, 45 adults were arrested during last year’s Halloween celebration and about 59 were charged for offenses unrelated to unlawful noise.

When the police department receives a call about a noise violation, Prusha said police officers drive to the address and try to decide if the noise emanates beyond the property line and if it is enough to be disturbing between the hours of 9 p.m. and 8 a.m.

“That’s enough of an evidence to be considered unlawful,” Prusha said.

According to Kent codified ordinances, unlawful noise is defined any “excessive, unnecessary or unusually loud noise or any noise which disturbs, annoys, injures or endangers the comfort, repose or health, peace or safety of persons of ordinary sensibilities within the City.”

According to the ordinance, whoever violates the section “is guilty of an unclassified misdemeanor, punishable by a fine of at least $500 and not exceeding $1,000 and up to 30 days in jail.”