Opinion: “F-Bombs for Feminism?” I think not 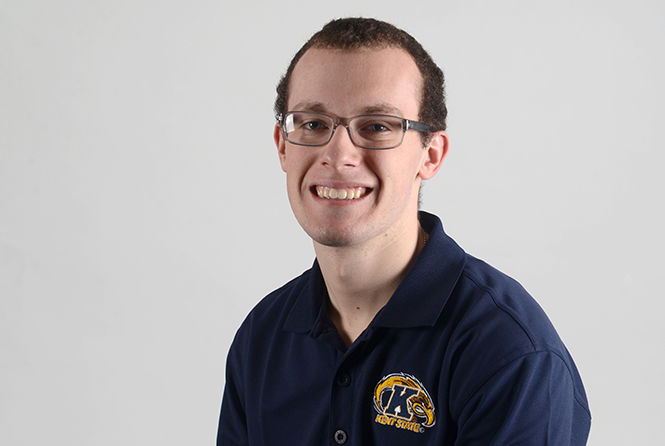 Richie Mulhall is a junior multimedia news major and the sports editor for The Kent Stater. Contact him at [email protected]

What the f?%# is wrong with society?

Last week, FCKH8.com released a video called, “F-Bombs for Feminism: Potty-mouthed princesses use bad words for a good cause,” in which little girls dressed as princesses used profanity to spread awareness about

Three of the video’s five girls kick off the video by saying the word “pretty” and acting cute in front of the camera.

Then, all of the sudden, the mood breaks, and the girls say, “What the f***! I’m not some f***ing hopeless princess in distress. I’m pretty f***ing powerful and ready for success.”

Wait…what? That’s exactly what I said.

The gender inequality issues these five girls address, including pay inequality, rape and violence, are valid points and legitimate problems, but why did the video have to render viewers speechless, and not in a

The video appalled me, and I know I’m not the only one. Shame on the parents of these little girls for using kids to plug FCKH8’s agenda.

Do you really think girls at this young age are really concerned about sexual assault? Young girls like the ones in FCKH8’s video should be thinking about boy bands, schoolwork, which color crayon to use on an art project — not rape.

“So listen up grownups.” If you have a message about gender inequality you would like to spread to the masses, why don’t you jump in front of the camera instead of plopping your kids there?

This video evokes emotion from people,

which is exactly what FCKH8 wants. The organization tries to convince people that gender inequality is far worse than little girls cussing, but the message gets lost in the translation — and the swearing. But mainly

FCKH8 thought the shock value emitted by little girls spewing foul language would open people’s eyes to the problems created by gender inequality, but all it does is tune people out to the real message.

The swearing is an unnecessary distraction, like bad stand-up comedians who lean on profanity as a crutch. Just because you say the F-word a zillion times doesn’t make you funny.

Just because these girls make people’s jaws drop with profanity-laced rants make their message any stronger. Let the facts speak for themselves.

On average, women get paid 23 percent less than men for the same work. One out of every five women will be sexually assaulted or raped by a man. The facts are there, and the shock value FCKH8 tries to draw from people is in them.

What does swearing add to the message of gender inequality? Absolutely nothing. If anything, this video paints women in a negative light and makes them — ages five to infinity — look worse.

Granted, I do believe FCKH8 has good intentions. Gender inequality in the workplace and in society in general is an ongoing problem men turn a blind eye to — FCKH8 hit the nail on the head on that one. But overall, the organization still misses the mark.

The video’s message is great and maintains the utmost good intentions, but the delivery

This overblown commercial is just an advertisement to promote FCKH8’s brand and sell T-shirts, not to support feminism.

“Girls just want to have FUN-damental rights,” and they are entitled to them under the U.S. Bill of Rights and Constitution. However, next time women wish to underscore those rights, they shouldn’t use their children

You know what kind of parents do that? Honey Boo Boo’s mom and the kind of mothers who appear on the show “Dance Moms.” Good company, right? Talk about exemplary parenting role models.

“Instead of cleaning these girls’ mouths out with soap, maybe society should clean up its act,” one of the women said in the video. Well, maybe you should clean up your parenting skills because they are clearly lacking, as evidenced by this video. Dressing up your daughters in princess garb and making them swear in front of the camera doesn’t promote equal rights for women, and a filthy mouth doesn’t bring about change. Unity and the willingness to take a stand bring about change.

Add that “hot tip” of advice to your swear jar.