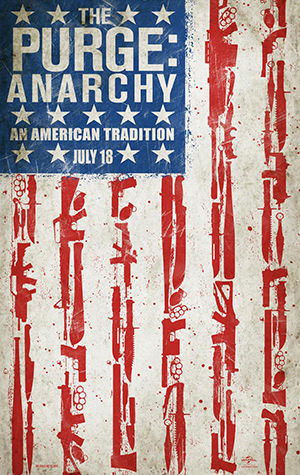 I wouldn’t normally be in support of full-blown, legal murder, but this movie might make me think twice about it. In the first movie, “The Purge,” a new installation of government creates a holiday called The Purge when all law is suspended for 12 hours, from 7 p.m. to 7 a.m. During that timeframe, murder and all other crimes are not punishable, essentially creating a free-for-all in the streets.

The goal of The Purge is to allow people one night to “free the beast” and release their pent up frustrations without penalty. This causes lower overall crime rates and eliminates the nation’s homeless, mainly because it is those less fortunate who are stuck outside in the crossfire on Purge night.

In the latest movie, “The Purge: Anarchy,” four defenseless people trying to survive the night are caught outside and have to run from bandits in the city center. They stumble upon a nameless man, who’s out purging himself, but who agrees to help protect them. It’s action-packed and quite disturbing — the rich buy people to murder in the comfort of their homes so they can also participate in the holiday — and will leave you hanging until literally the last seconds of The Purge.