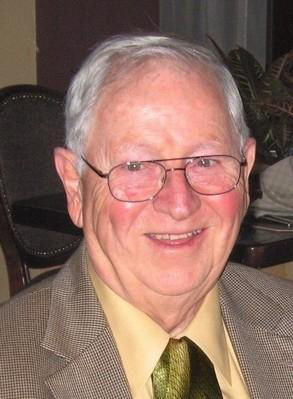 The mood at the Kent State University airport will be a little less cheerful in the upcoming weeks following the death of Albert C. Beckwith.

Beckwith died from cancer Oct. 1 at the age of 86. He was a tenant and a mentor to student pilots at the university.

Born in Plainfield, New Jersey, Beckwith was a commercial pilot and had his own charter and flight school, “Commercial Aviation,” which he established at the Kent State airport in 1966. In addition to owning and operating his own business, Beckwith also served in the U.S. Army during the Korean War.

Beckwith also invested his time in the Aviation Heritage Fair, providing opportunities for student employment and pushing to keep the airport open when there were multiple threats of closing it down.

Sheila Lyons, the business analyst associate at the airport, said she knew Beckwith for more than 20 years.

“Every time when the airport was eventually going to close, he did his very best to make sure this didn’t happen,” Lyons said. “He always made sure to keep his business up because he thought that would help in preventing the airport from shutting down.”

Associate Dean of the College of Technology Isaac Nettey said that students really developed a liking for Beckwith while he was at Kent State.

“He believed in aviation and he was very committed to it,” Nettey said. “Students could identify with that.”

Maureen McFarland, the academic program director of aeronautics and an associate professor, said she remembers many of Beckwith’s good characteristics.

“The things that motivated him were a desire to make things better,” McFarland said. “He loved aviation.”

The BD-5 airplane, which Beckwith and his partner, Peter Graichen, built, now sits on display at the Smithsonian Museum after it was donated in September of 1984.

Lyons also said that Beckwith was one of the smartest people, even in his later years, she ever came in contact with.

“He was constantly thinking, even when he was sick,” Lyons said. Aircraft Maintenance Manager Joshua Eyring said he developed a friendship with Beckwith, who he said was an all-around great guy.

“He was a good friend and a caring individual,” Eyring said. “We always gave each other a hard time and joked around a lot.”

Lyons said Beckwith will be missed, not only as a mentor at the airport, but as a friend.

“Just looking at his trailer over here, it just makes me sad,” Lyons said. “I thought of him as a friend and if you had a question, he had an answer for everything.”

A memorial service for Albert Beckwith will be held at Trinity United Church of Christ on Sunday, Nov. 2 at 1:30 p.m.