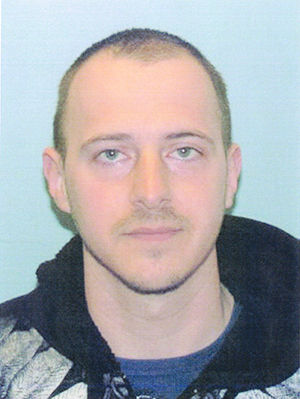 Attorneys argued in a preliminary hearing for a murder case at the Portage County Court of Common Pleas in Ravenna on Tuesday, Oct. 7.

The motion would prevent the evidence from being shown in court and could minimize evidence found in a warranted search of Fox’s apartment last year, which includes Earley’s body.

Two witnesses were brought to the stand at the hearing, including Alliance detective Don Wensel, who claims he connected Fox to Earley’s murder through a Craigslist advertisement for Earley’s car.

According to Wensel’s testimony, the telephone number provided by the seller of Earley’s car on Craigslist traced back to Fox, who posted the ad the day Earley went missing.

According to Wensel’s police report, he, along with other Alliance and Portage County officers, went to Fox’s apartment to try to contact him. When the team couldn’t reach Fox, they left his apartment.

The defense presented Wensel’s interview with Fox at his job at SealMaster, a Kent company that sells pavement products and equipment. In the recording, Fox recounted a story when he helped Earley, a new friend of his, sell his car on Craigslist because he needed the money. Earley then received a phone call and told Fox he was not able to go home. He then left Fox’s apartment on foot and disappeared.

At the end of the recording, Wensel seized Fox’s cell phone for analysis.