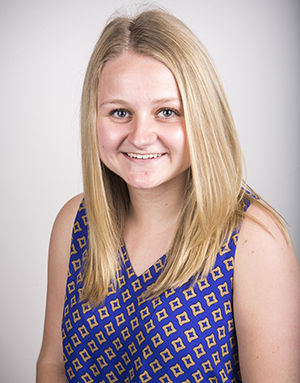 You know the saying, “Don’t knock it until you try it?” Granted, there are some things in life you don’t have to try to know they’re horrible, but Greek life isn’t one of them.

When I started college, I was completely against going Greek. I had all the stereotypes in my head, and I wasn’t going to “pay for my friends.”

As the year went on I realized how much I was missing out on. I wasn’t involved on campus, and I was bored. I started paying attention to what women in sororities were doing, and it looked like something I was interested in.

I joined my sorority, Delta Zeta, my sophomore year of college, and I haven’t looked back since. I joined so I could meet some new people and get a little more involved, but what I’ve gotten out of it is so much more than I knew existed. I think most people are scared to find out what it’s about because of all the stereotypes they’ve heard.

Let’s talk about some common misconceptions. No, we do not haze. Kent State University has a zero tolerance for hazing and to prove this, two chapters have been removed from Kent State’s campus in the past year for hazing. To me, hazing doesn’t make sense. Why would you want to join an organization of sisters or brothers that physically and mentally harms you? Hazing is a thing of the past on our campus, but it still lives in the movies.

Next misconception: We party nonstop. Do we party? Yes, but you’d be hard-pressed to find people in college who never party. Partying isn’t the only thing we do though. Last year Kent State’s Greek community raised well over $200,000 for charities. Each sorority and fraternity has a specific cause it supports, such as Austim Speaks, Make-A-Wish and The Special Olympics to name a few. The entire Greek community comes together to make these events a great success.

The final and most common misconception: we pay for friends. When you join any organization on campus, you will have some amount of membership dues to pay. Then there are t-shirts and any additional expenses for conventions or educational trips. The only thing that sets Greek lettered-organizations apart from other organizations is our ritual. Yet, Greek life is continually targeted and made out to be horrible. If I paid for my friends, I surely did not pay enough.

So the next time you see someone wearing their letters, ask them what those letters mean to them. I bet their response will surprise you.