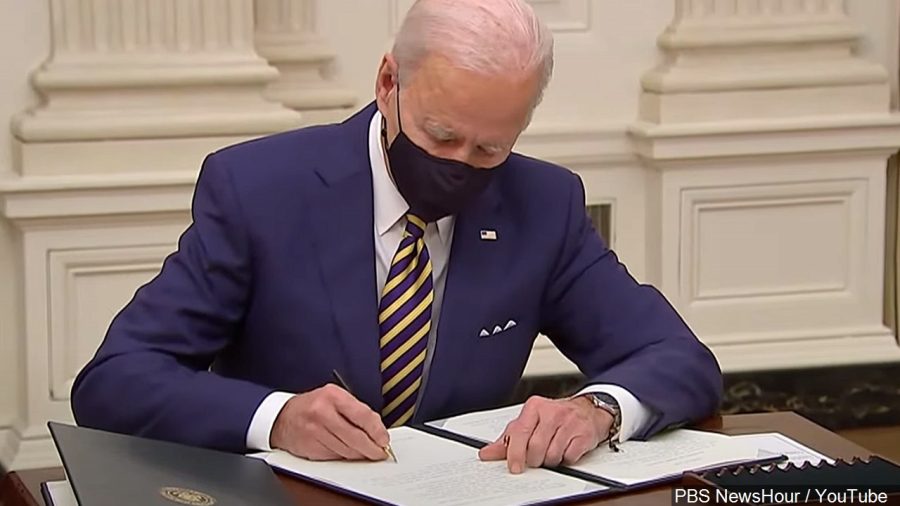 Maegan Vazquez, CNN
(CNN) — President Joe Biden is slated to sign a series of executive actions revolving around “equity” policy on Tuesday, focusing on policing reform, prison reform and public housing, according to a draft of a calendar document sent to administration allies and viewed by CNN.

“America has never lived up to its founding promise of equality for all, but we’ve never stopped trying. Today, I’ll take action to advance racial equity and push us closer to that more perfect union we’ve always strived to be,” the President tweeted on Tuesday morning.

The President will issue an executive order that will create a policing commission, something he promised he’d create if elected to office.

Another order Biden will sign will reinstate an Obama-era policy barring the transfer of military equipment to local police departments. The order signed in 2015 prevented federal agencies from supplying local police with certain kinds of military-grade equipment, like grenade launchers and bayonets. That order came in the wake of criticism of a “militarized” police response to civil unrest in Ferguson, Missouri, over the death of Michael Brown — an unarmed Black teenager fatally shot by a police officer. Trump lifted the equipment ban in 2017.

Biden will also issue an order disavowing discrimination against the Asian American and Pacific Islander community, which, the document says, comes “particularly in light of rhetoric around the Covid-19 pandemic.” He will issue a memorandum directing Housing and Urban Development to take steps to promote equitable housing politics.

Biden’s voting history in Congress on criminal justice and prison reform issues cast a long shadow on his presidential campaign. And Tuesday’s actions, coming less than a week into his presidency, seem to be an apparent attempt to correct what he has admitted was one of his shortcomings.

“You know I’ve been in this fight for a long time. It goes not just to voting rights. It goes to the criminal justice system,” Biden said on Martin Luther King Jr. Day in 2019. “I haven’t always been right. I know we haven’t always gotten things right, but I’ve always tried.”

Biden helped draft the 1994 crime bill, which set strict federal sentencing standards and which critics argue led to an era of mass incarceration.

In a 1993 Senate floor speech speaking in favor of the crime bill, Biden warned of “predators on our streets.”

“We have predators on our streets that society has in fact, in part because of its neglect, created,” Biden said. “They are beyond the pale many of those people, beyond the pale,” Biden continued. “And it’s a sad commentary on society. We have no choice but to take them out of society.”

Biden’s vice president, who was once his 2020 presidential race opponent, said in 2019 that she believed the bill caused mass incarceration.

Then-California Sen. Kamala Harris said she disagreed with Biden, who had said at the time that the crime bill “did not generate mass incarceration.”

“That crime bill — that 1994 crime bill — it did contribute to mass incarceration in our country. It encouraged and was the first time that we had a federal three strikes law. It funded the building of more prisons in the states. So, I disagree, sadly,” Harris said.

Biden also expressed unequivocal support, in both 1994 and in the years following, for the law’s billions in funding to build state prisons, including in his home state of Delaware. He argued in 1994 that the law should include less money for prison construction than Republicans wanted to spend — but he emphasized that he too wanted to spend billions.

He was also a longtime proponent of a Police Officer’s Bill of Rights measure while serving as a senator, which critics have said would have made investigating police officers for misconduct more difficult.