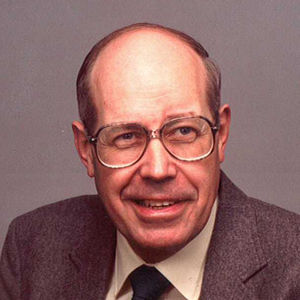 A time-honored faculty member of Kent State passed away Oct. 5.

Elmer Bjerregaard, a 1957 graduate of Kent State, taught at the university for 44 years as an architecture professor for the College of Architecture and Environmental Design.

He received a graduate degree from the University of Michigan at Ann Arbor in architecture and city planning in 1959 and became a registered architect.

His son, David, told the Akron-Beacon Journal that his father was an avid reader and enjoyed restoring cameras, watches and other miscellaneous items.

“Even before the proliferation of the Internet, he had a knack for tracking down parts from all over the world,” he said.

David said his father had a chance to trace his roots to his native Denmark on a trip with his family.

“His kids joined and all had the opportunity to get in touch with long-lost relatives,” he said. “He also enjoyed another family vacation to London, Paris and Rome. Even in foreign countries, people were drawn to him.”

In addition to his hobbies, David said his father adored spending time with his granddaughter.

Bjerregaard was described as a “true gentleman” by his former colleague and student William Willoughby, associate dean for the College of Architecture and Environmental Design.

Willoughby took one of Bjerregaard’s classes during his freshman year in 1984 and said Bjerregaard taught him and other Kent State alumni how to “draw like an architect” through his own example.

He listened to his students’ ideas and allowed them to influence what subject matter he taught, Willoughby said.

“He understood that teaching is a dialogue between the students and the professor,” Willoughby said.

Bjerregaard’s status as an emeritus professor is a testimony to his sense of commitment to Kent State and was a driving force of the program, Willoughby said.

Bjerregaard is survived by his wife Margaret of 52 years, his son, David, his daughter, Beth, and her daughter, Emily.

Calling hours will be held from 9:30 a.m. to 10:30 a.m. Wednesday, Oct. 8 at Our Lady of Perpetual Help. Funeral Services will commence after calling hours. The burial will be held after at Aurora Cemetery.