Opinion: The physical versus the digital 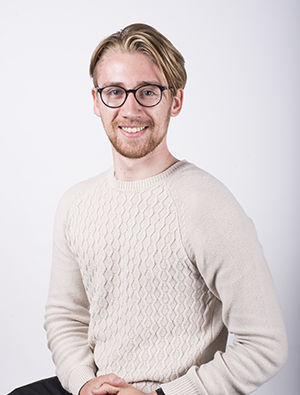 We live in a world where technological advancements are achieved in order to create convenience for the consumers and users of our society.

There is a bit of sullen joy that can come from heading to your (probably Apple) product and have a whole catalogue of music, films and other forms of entertainment readily available. That’s pretty cool, actually.

But when technological advancements are adapted to the creation of said entertainment, does anyone consider it a way of giving in to convenience?

As of late, renowned directors such as Paul Thomas Anderson, Christopher Nolan and Darren Aronofsky, have spoken out on the topic of using digital versus using film. Nolan’s upcoming film, “Interstellar,” was shot entirely on 35mm film, and will be released to some lucky theaters that still have projectors to play it. Paul Thomas Anderson’s “Inherent Vice” was also filmed in the same style.

Quickly I’ll assert my argument: I can understand that filming in digital is, again, more convenient. Your equipment is less bulky, and the technological advancements with these cameras today can allot certain qualities to the film — such as being able to film from a far distance, which is fine, I suppose — that shooting on 35mm film maybe wouldn’t be able.

But something is lost along the way, and that alone is the true art of it.

I’m not a filmmaker, cameraman or any of those who helm the camera. I hold my opinion based on the quality of the art.

Being able to shoot on film creates such a different experience, such as being able to hone in on your environment in a more genuine manner than you can by shooting an entire scene from a TV screen. There’s more emotion, and you can capture the emotion by being able to focus directly on film.

There’s room for both in the film world, but I, along with many, would be devastated to see this style be led to extinction.

Because something is more convenient, doesn’t mean that it garners a better product. I may be the cheap one and pick up the store-brand product and be just as satisfied — mostly because I saved some money (and my journey to the bars just became a bit more fruitful).

I see the same argument as in listening to music on vinyl in comparison to listening to music digitally. Again, it comes down to convenience. But when you can be there, with your turntable spinning a record, and you get to hear that heart and emotion through the grain, you really feel something.

When I watch a film or listen to music, I want to feel the body and soul of it. Not that I’m trying to have a moment of epiphany by the end of it, but to know and understand what those who pieced together this work were experiencing is something I myself hold dear to me, as should the rest of you.

Now, my friends, head out into the world, look through your lens and decide for yourself if you’d rather have the true emotions of each individual piece of the environment around you — to be brought to a whole and to see it as the beautiful work it is — or just look at the whole and shrug and move on without feeling anything.