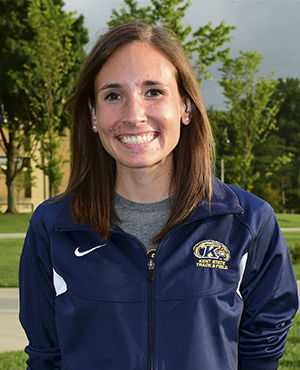 McAlpine earned the distinction after participating in the 20th annual Iona Meet of Champions on Saturday, Sept. 20, in which she placed 11th overall out of 164 runners. She ran a time of 22:47.21.

McAlpine’s performance also led the Flashes to a fifth place team finish out of 20 teams involved in the race hosted by Iona College. The Kent State women finished with 170 total team points and a total time of 1:58.36.

Three weeks ago, McAlpine opened up her 2013 cross-country season with a second-place finish at the Tommy Evans Invitational on Sept. 4 in Akron, Ohio.