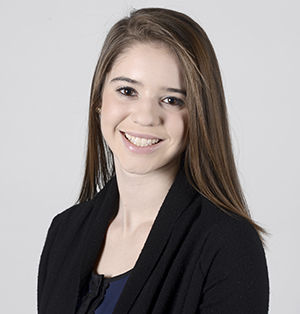 Jennifer Hutchinson is a sophomore political science major and a columnist for The Kent Stater. Contact her at [email protected]

If you’re a fan of the Whopper then you’ve probably heard about Burger King’s latest decision to move its headquarters to Canada. The fast food giant is discussing taking over the Canadian franchise, Tim Horton’s, in an inversion deal that would slash its tax rate.

For those of you that may not be familiar with what an inversion deal is, Forbes magazine describes it as when an American company merges with a foreign one and, in the process, reincorporates abroad, effectively entering the foreign country’s tax domicile.

Many people, including President Obama, have been up in arms about the pending decision. However, this isn’t the first time we’ve heard about these inversions deals. In earlier weeks, the pharmacy giant Walgreens decided against reincorporating in Switzerland. While Walgreens decided not to go through with the inversion deal, Congressional Research Service reports that almost 50 companies in all have reincorporated abroad in the last decade.

Many have accused Burger King of not paying its fair share and avoiding its U.S. tax obligations. President Obama and Congressional Democrats are looking to pass new legislation that would make it impossible for U.S. companies to take part in these inversion deals in an attempt to avoid higher taxes. However, the better question might be, “Why do these companies feel the need to find lower tax rates at all?” Currently, the standard tax rate for large corporations, such as Burger King, is 35 percent. As opposed to Canada’s tax rate, which has capped out at 15 percent.

Many Americans are complaining that Burger King is being unpatriotic and taking away jobs from hardworking Americans. In reality, however, it’s the federal government’s extremely high tax laws that are driving American businesses away. I agree that these iconic American businesses moving abroad doesn’t look good, and that it could lead us down a dangerous road. Inversion deals need to be addressed; however, I would say they need to be addressed as part of an overall tax reform. Maybe we can discuss some ideas over a burger and fries.