Opinion: The problem with click-bait 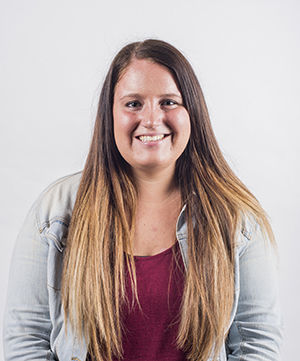 Maggie Wachtel is a sophomore Public Relations major and a columnist for the The Kent Stater. Contact her at [email protected]

The topic of click-bait was brought up amongst the panelists fairly early during the discussion. Click-bait is when publishers post links with headlines that encourage people to click for more information. Most of the time, the actual article has no content and relates little to the headline.

Facebook these days is click-bait central. You can’t scroll more than half way down your Facebook home page without being bombarded with click-bait links that have eye-grabbing headlines. But when you click on them, you find the actual story behind the headline to be less than stellar.

News outlets are all about the web traffic. As technology continues to progress, web traffic and “clicks” will become a lot more important than using copies sold. Authors have now resorted to eye-grabbing headlines to get people to click on their stories in order to generate the necessary amount of web traffic.

As of February 2014, Facebook had 1.23 billion global users, according to its website. And with that amount of web traffic, news outlets know it’s easy for things to go viral, which is why click-bait has become so common in the digital age.

The focus on web traffic has taken the focus off the actual quality of the writing. Sure, a story may have gotten 1,000 clicks this week, but how many people actually read it, or paid attention to whether the click-bait headline was actually addressed?

One site that has taken the concept of click-bait and made it positive is BuzzFeed. According to its website, BuzzFeed was founded in 2006 with the goal of tracking viral content. Since then, BuzzFeed has developed a reputation for providing content full of humor and sarcasm, while also bordering on the line of click-bait.

But the difference is that BuzzFeed isn’t promising intellectual content with their click-bait links. They provide the information seen in the headline and then usually take a comedic approach to it, and it’s working.

In November 2013, BuzzFeed recorded their highest web traffic month ever. The site reached 130 million visitors that month, which was a 350 percent increase from the year before.

Based on those numbers, it’s safe to assume that BuzzFeed’s methods are paying off. The site has found the happy medium by providing its readers with the promised content, while also using humor to appeal to readers.

Other sites should follow BuzzFeed’s lead. It seems that these days, news outlets aren’t respecting the reader by doing click-bait articles. I would rather read an article that had actual content, humorous or not, than one with no depth or content whatsoever. I think news outlets owe it to the reader to provide in-depth news stories, not just eye-grabbing headlines.