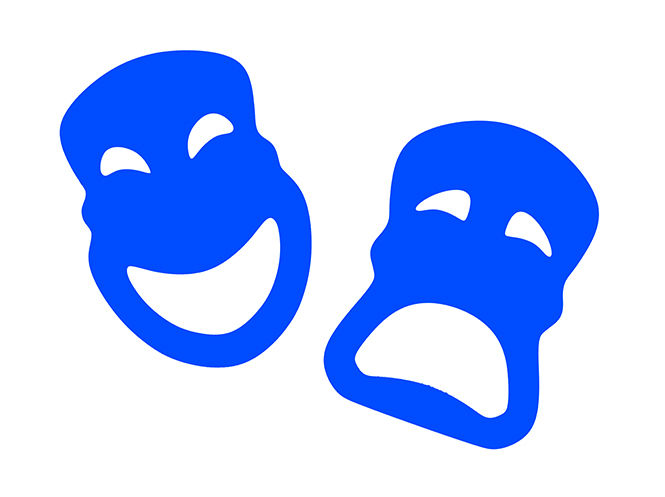 The families in the 1930s play, “You Can’t Take It With You” are very much not our time. They precede the eras of smartphones, America Online and handheld video games. Other than a few loose ends, director Kathleen Conlin said, the Sycamore-Vanderhof-Carmichael clan is a fine representative of a close-knit bunch.

Conlin, who is the 2014 Roe Green Visiting Director from the Illinois Theatre, will be leading a cast and crew ready to perform the oringial writers, Kaufman and Hart’s 1936 play, which opens this Friday, Oct. 3rd at the Wright-Curtis Theater at 8 p.m. With her heavily Shakespearean and operatic background, the Illinois director said that she looks forward to directing comedies of the modern era. Being her first time at Kent State, she thinks that “You Can’t Take It With You” is a “classic” introduction to thirties comedy.

“It’s very much a snapshot of a time when families just used to sit around the radio,” she said. “Which was pretty much all they could do.”

The thirties in America were very much a time of close bonding. FDR’s New Deal was waning over a country still in blight due to the Depression. In financial straits and on the brink of another global war, many families hung close just for survival and sanity’s sake. The Pulitzer-Prize winning play, which went on to 836 showings after its debut, displays a strangely happy-go-lucky family who turns their head against their society’s blunder.

In their nest in New York City, the Sycamore-Vanderhof-Carmichaels are eccentric in the best sense of the word. Grandpa Vanderhof, a snake collector, is dubious of the U.S. Government and decides to evade his income tax because “he doesn’t feel like he should have to pay it.” He is the patriarch of Penny and Paul Sycamore, the former, a writer of sex-filled plays, who’s married to a homemade fireworks enthusiast. Apart from angsty Russian ballet teachers and kooky xylophone players, the story zeroes in on the developing relationship of Alice Sycamore and Tony Kirby, relatable characters in the foreground of humor and insanity.

Scott Miesse, Tony Kirby in this week’s show, said it’s not too difficult to relate to his character as the fresh-faced, blonde-haired typical, college-aged guy.

“He’s kind of the All-American boy, and I really like that about him,” Miesse said. “And I think that he’s a character that I play very well.”

It’s a change Miesse is eager to make.

As a freshman musical theater major, Miesse made his Kent State debut as the “Grandfather” in the 2011 production of “Ragtime,” when it showed in the Stump Theater. After penned as the “UPS Guy” in last year’s “Legally Blonde,” Miesse said he’s ready to step into a role that better piques his interest as an actor.

The character Tony, as an aspiring student of Cambridge, has a sense of properness that initially gets in the way of the levity of the Sycamores. Alice, Tony’s fiancé, is in the same boat, as she’s the “normal” daughter among a family of zany artists. Hannah Quinn, who will be playing Alice’s mother, sees too much of a coincidence in her role.

“Seriously, this is my family,” she said. “And I totally channel my mother when I play Penny. Everyone is just kind of going with the flow, and that’s sort of how my family is.”

Quinn, who comes from a family of singers and a music-loving stepdad, said that the artistic atmosphere from her upbringing is as consequential to her major in musical theater as could be. Quinn laughs at the Sycamore family’s sense of self-perception, that everything is “played to the extreme” all the time, but not in their eyes. She commends them the most for “letting their freak flag fly.”

First getting a taste of opera — with co-star Darryl Lewis — Quinn began her freshman year performing art songs of Schubert and Schumann, not plays. Last year she performed as “The Bouncer” in “She Stoops To Conquer” and the “nerdy lesbian” character in “Legally Blonde.” And ever since her debut, Quinn has been in productions with co-stars Miesse, Lewis, and Wesley Evan Simmons (“Ed Carmichael”), making the upcoming show special for a reason other than playing Penny.

“It’s been one of my favorite experiences so far,” she said, “not so much because of the characters — yes, that adds to it — but it’s the energy that’s between the cast. Since we’re all family in the show, we’re family off stage.”

Conlin, who recalls such sitcoms like “All in the Family” and “The Honeymooners,” said that what used to be captured on Broadway (where Kaufman and Hart’s play is also running on these days), diminished as the decades passed. A “You Can’t Take It With You” revival, she said, is only necessary to remember what we believe were simpler times.

Miesse, eager to act with friendly faces, said that the play’s themes are as recurrent as their are batty families alike to the Sycamores and Vanderhofs. It’s a reminder to persons his age, he said, to remember to look back home.

“We’re constantly being pulled away from just sitting and talking,” Miesse said. “And that’s exactly what they want to do: just enjoy being together and in each other’s company.”